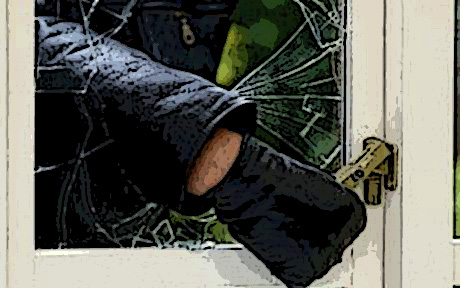 High on drugs, he hired a prostitute. But she didn't show up. Fed up, he broke into a flat.

While its occupants screamed at finding an uninvited guest in their living room, he just sat there in a daze as police officers arrived minutes later and arrested him.

Arris Shariffuddin Azahar Yusri, 23, a store assistant, had bought a packet containing 0.1g of methamphetamine or "Ice" from a friend known as "Boy" at about 9.30pm on Sept 10 last year.

He went to the staircase landing of a Woodlands Drive 73 HDB block and consumed the drug about half an hour later.

At about 10.30pm, after surfing a website hawking the services of hookers, he arranged to meet one at a nearby block.

Arris claimed to the police he waited at the void deck but no one appeared. He then took the lift to the 14th storey of that block to look for the prostitute.

Noticing a unit with its main door ajar and its front gate locked, he then climbed over the parapet and entered the unit via an open kitchen window.

There was no one in the kitchen and Arris walked into the living room. A female tenant walked out of her bedroom and was horrified to see him.

Her screams drew the attention of five other tenants, who rushed out of their bedrooms.

Arris just sat on a chair while one of them called the police. He was taken to Jurong Police Division headquarters, where he took a urine test.

He tested positive for methamphetamine. Yesterday, Arris was jailed 11 months after being convicted of one charge of drug consumption and one charge of housebreaking.

His defence counsel, Mr Norhakim Md Shah, said in mitigation that his client regretted his actions.

He also said Arris did not steal anything or harm anyone after he broke into the flat and was hoping to get married in June this year.

The judge also noted Arris had no previous convictions.