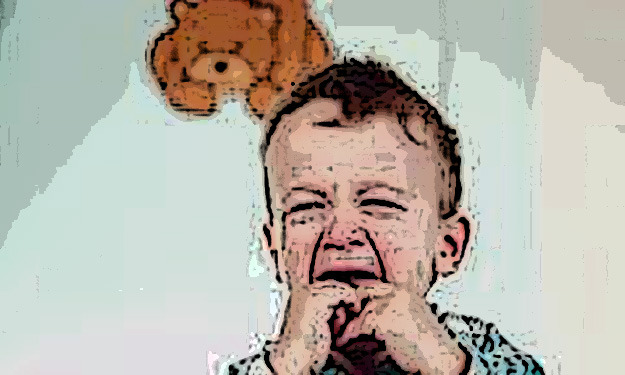 She is a mother with a family back home in Indonesia.

But this did not stop maid Tursinah Sari, 32, from ill-treating her employers’ baby 15 times between December last year and this February.

She repeatedly abused the defenceless boy when he was between the ages of 14 and 16 months because she could not get him to fall asleep.

Tursinah was jailed for 12 weeks yesterday after pleading guilty to six counts of ill-treating the child in his Punggol family flat.

Nine other similar charges involving the boy were taken into consideration during sentencing.

The baby and his parents cannot be named to protect his identity.

Tears welled up in Tursinah’s eyes yesterday as she stood in the dock to face District Judge Luke Tan.

The court heard that she started abusing the boy on Dec 25 last year by forcefully pulling him upwards by one of his arms.

From then on, she continued ill-treating him, sometimes up to three times a day.

On Jan 27, she dropped him onto a sofa before pressing on his ribs with both her hands.

Five days later, she forcefully pulled him out of his cot by grabbing his legs.

After that, she spun his body around to face her while he was dangling upside down.

The acts of abuse only came to light on Feb 5 when his horrified parents viewed footage from a CCTV installed in their flat and saw her ill-treating their son on multiple occasions.

His father informed the police the next day and officers arrested Tursinah.

Deputy Public Prosecutor Dora Tay said the baby was also examined at the KK Women’s and Children’s Hospital that day but no gross external injuries were found on him.

She urged Judge Tan to jail the maid for at least 12 weeks, stressing that Tursinah had abused the trust placed in her.

The maid, who was not represented by a lawyer, said in her mitigation plea that her employers owed her five months’ pay. Judge Tan replied that she would have to seek a separate recourse for this matter.

Before handing out the sentence, he said that it was surprising that Tursinah, as a mother, could abuse a child.

He added that the baby was too young to express distress, protect himself and seek help.

“You must have understood the anguish of the parents when they discovered the abuse,” said Judge Tan.

For each count of ill-treating the baby, Tursinah could have been jailed up to four years and fined up to $4,000.

Dec 25, 2015
Indonesian maid Tursinah Sari, now 32, forcefully pulls the baby boy, then 14 months old, upwards by one of his arms.

Dec 27
She forcefully pulls him out of his cot by grabbing one of his wrists.

Jan 10, 2016
She holds him upside down by his ankles.
She slaps his face and pushes his head once.

Jan 27
She drops him onto a sofa and l presses on his ribs with both her hands.

Feb 2
She pulls him up from his cot by grabbing both his hands in her right hand.

Feb 3
She pulls him up from his cot by grabbing one of his hands.
She also spins him around by his hand while he is dangling in mid-air.

This article was first published on April 20, 2016.
Get The New Paper for more stories.