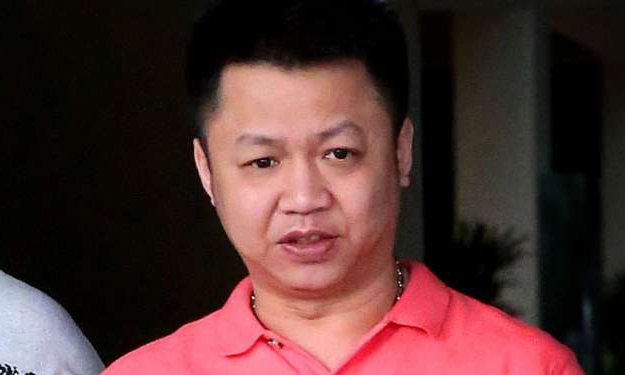 A 39-year-old married man who had sex with a 12-year-old girl in the backseat of his car three days after meeting her through a mobile phone messaging application, was yesterday sentenced to 12 years' jail and nine strokes of the cane.

Crane operator Lee Seow Peng had been found guilty of statutory rape, sexual grooming of a minor and attempting to get the minor to perform an indecent act, in January following a nine-day trial.

Prosecutors described it as a case that "embodies every parent's nightmare", pointing to the convergence of social issues arising from the "accessibility of... mobile technology... the false protection in its anonymity, the threat of sexual predators on the prowl of easy prey and... youthful naivety and pubescent curiosity in sexual matters".

The prosecution sought at least 11 years' jail and six strokes of the cane for Lee, noting how he abused the Internet to meet the victim, who was 24 years younger, and cultivated her for sex by professing "sweet nothings of love" to her.

Lee, who is married to a Chinese national in Singapore on a tourist pass, is out on bail of $100,000 pending his appeal.

During the trial, the High Court heard that Lee, going by "Lucifer", met the girl via the app on May 26, 2012. The next morning, half an hour after they began communicating, Lee asked her to be his girlfriend. Over the next two days, he flirted with her on WhatsApp, saying he would bring her to a "no people place (sic)" and a "lover will go place (sic)".

On May 29, he picked her up in his car near her school, drove to a carpark in Chinese Garden and had sex with her in the backseat of his multi-purpose vehicle.

The girl testified that she was a virgin at the time and had never gone out alone with another male person.

On June 3 that year, Lee tried to arrange another meeting with her, this time for sex at a hotel. But her mother found the messages. Her parents later made a police report.

Lee, who had no lawyer, contested the charges against him. He claimed his declarations of love to her were "just a game in the Internet world".

Judicial Commissioner Hoo Sheau Peng convicted him, rejecting his defence that he drove the girl to Chinese Garden for a walk and a chat.

But the judicial commissioner said that it had not been proven beyond reasonable doubt that Lee had sex with the girl without her consent; she continued to communicate with him in a "positive frame of mind" after they had sex.

During the trial, it emerged that investigators took swabs from the front passenger seat of Lee's car instead of the backseat. The swabs were never sent for analysis.

Station Inspector Colin Ng's handling of the case was "unsatisfactory" but no prejudice was caused to Lee, said the judicial commissioner.

Police confirmed Station Insp Ng was being investigated internally. "Police officers are expected to adhere strictly to established investigation procedures," a spokesman said. "Disciplinary action will be taken against those who are found to be negligent."

This article was first published on April 14, 2016.
Get a copy of The Straits Times or go to straitstimes.com for more stories.