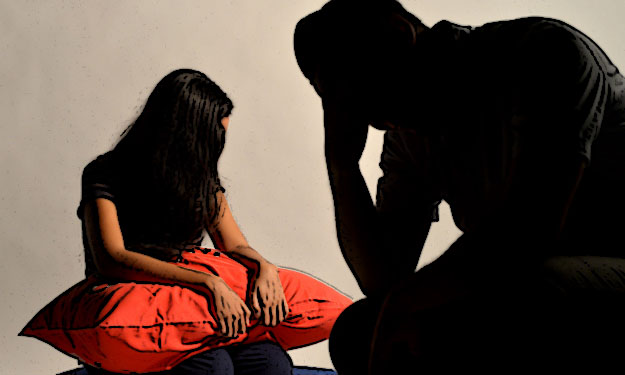 I thought my life was over at 16. I wrecked my entire damn existence for a boy who eventually cheated on me.

It began innocently enough. Reconnecting with a primary school classmate on Facebook, exchanging numbers and the process of unskilled flirting. Along the way, the texts became more suggestive, more daring and basically progressed to poor attempts at sexting. Embarrassing much?

On our first date at Pizza Hut, I distinctly remember being so nervous that everything tasted like ash. I should probably have taken that as a warning sign.

I don’t know who or even what to blame for what eventually went down. Was it the years of bullying and insecurity stemming from weight issues that made me latch on to any guy who showed me the slightest bit of attention? Was it the quintessential teenage angst? Was it the fact that I had been in an all-girls school?

At sixteen, I thought I was in love. Now I can safely say that I was actually in love with the idea of being in love.

We had been together for some time when my parents started to get suspicious. Our relationship was already rocky to begin with due to my teenage rebellion, and my skyrocketing phone bills, needless to say, did not help. However, I was fearless, and nothing could faze me because I was so hopelessly and impossibly infatuated.

I even snuck him over when my parents were out at work. On one occasion, I played truant and had him over, as I had done many times before. But then I heard the sound of the gate unlocking.

My mind went utterly blank and I panicked so badly, I almost had an anxiety attack. We were both on the bed and in the worst possible situation. Desperate, I hurriedly gestured for him to hide under the bed before anybody walked in.

My father walked in seconds later.

I was poised on the bed, pretending to read a book.

“Why are you not at school today?”

He was so unusually calm. He strode over to the curtains and opened them.

“Have you cleaned the windows yet?”

I held my breath as he sauntered out of the room slowly. When I tiptoed after him, I saw that he returned to his room and was lying on the bed. Seizing the chance, I snuck my then-boyfriend out of the house, almost crying with relief. I immediately went about cleaning the windows.

Then, I heard my father’s footsteps approaching from behind me.

“Is our little visitor gone? His slippers aren’t there anymore.”

I’ll never forget that feeling of utter helplessness and betrayal. My father’s expression was one of smugness and latent anger.

Later that night, I was forced to reveal the existence of the boy that I had brought over. I was quite literally trembling with fear, and the fact that he was of another race didn’t help. My parents demanded that I stopped seeing him immediately and quoted my lack of maturity and poor grades as a few of the many reasons why I could not date at age sixteen.

The next few months were complete turmoil. I faced an endless tirade of scoldings and snark comments from a set of antagonistic parents, and not being able to hold my tongue, I lashed back at them just as frequently. It took a toll on the whole family. My parents would vent their frustration on my siblings, and the atmosphere at home was downright suffocating. But I thought that I was in love, and was even more determined to stick it out.

While things at home were horrible, my relationship was suffering too. He was jealous and possessive, turning verbally abusive whenever we quarrelled, and I was crying every week for some ridiculous reason or another. To make matters worse, my mother started monitoring my whereabouts, and I couldn’t meet up with him anymore. We were both sad and frustrated at not being able to meet, and he would shout and get angry if he called me and heard the voices of my male friends in the background. And yet, I still clung on.

Like I said, in love with the idea of love.

One fateful day, in a moment of utter insanity, I snuck out in the dead of the night to meet him in a nearby park.

I brought a mat and even my uniform, so I could use the excuse of going to school early to cover up my disappearance in the morning.

That was the last straw. She was absolutely livid, and slapped me hard when I got home, calling me cheap for spending the night outside with a boy. They dropped me at school and I was still in tears, but had to pretend that everything was fine. It was one of the worst days of my life.

My parents confiscated my phone, so I had absolutely no way of contacting him. Later at night, I tried to use my father’s laptop to contact him through facebook, but before I could do that, he caught me. Resentful and frustrated, I barged past him rudely and went back to my room. However, he did the unimaginable and used the cane on me.

Something inside me snapped. All the rage and fury from years of being controlled and beaten since I was a child erupted from within me. I picked up the books from the floor and hurled them at him. Then I fled from the room, because I knew he would not hesitate to hit me back. The commotion led to my mother joining the scene, and the three of us got into a scuffle.

I got thrown out moments later without my phone, wallet or even a bra on. I was just bruised, battered and hysterical. I didn’t know what I could do, who I could turn to and how I was going to contact anyone.

I hit my own parents, all for a boy who I thought I was in love with.

That was the turning point. In that one night, I lost all my defiance and fighting spirit, and instead became filled with self-loathing and horror.

After the madness of that night, I returned to the house as a stranger. I tried to rebuild my relationships with my parents, but it wasn’t something that could be achieved easily. And the best part was that a few months later, I discovered that my then boyfriend had been unfaithful. He confessed to a childhood crush that he once mentioned to me, and it really made me question my soul-crushing decision to give up my family for the love I thought I had with him.

It’s been a few years, but the relationship between my parents and I is still strained, and recounting this incident still fills me up with the same dread and self-loathing. I hope that the horror of my sixteenth year will serve as a warning to anyone blinded by the throes of teenage passion. A painfully strained relationship with my family and a broken heart was all that I got for giving everything up at sixteen, for a boy.