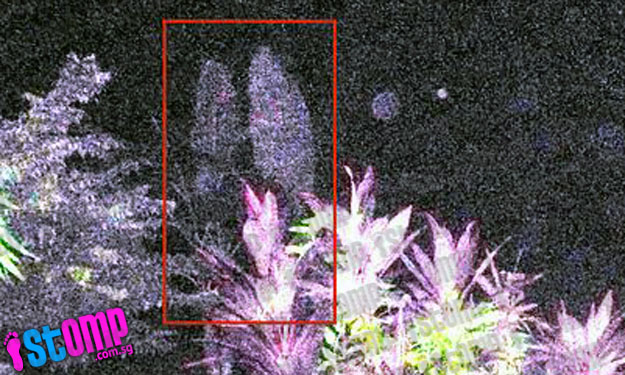 Stomper Qodri and his friends were not disappointed when they explored a graveyard near Bedok South for thrills.

In fact, the group realised they got more then they bargained for when they analysed the photos they took during their trip.

The group had gone on their spur-of-the-moment outing a year ago, and found a graveyard near Bedok South.

"We were there for quite some time and the place was creepy," said Qodri.

"When we going back, I took out my camera and took some shots.

"I did not notice this until I went home I checked my camera.

"There were these two 'pocong' standing beside the graveyard.

"The strangest thing is when I was taking the shot there was nothing there.

"Until today I still feel like there's a presence of these ghosts.

"Tell me if you feel spooked and if you stay near Bedok," said the Stomper.