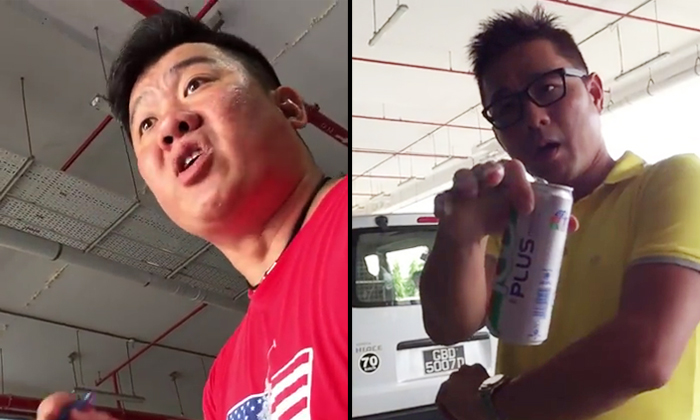 A Grab driver was caught in a dispute with staff of a car rental company located in Kaki Bukit recently.

The driver publicly shared videos of the incident on YouTube, showing what happened when he dropped the vehicle off so that he could get his deposit back.

Stomper Shawn came across the videos and alerted Stomp to them.

In the first video, a staff member in a red shirt is seen checking various parts of the car, before speaking to another employee in a yellow top.

However, the second employee appeared to be more upset over the fact that the Grab driver was filming a video and requested for the latter to put his camera away.

He also started spewing vulgarities while repeatedly telling the Grab driver, "What is the meaning of this?" and "If you are not happy, say so."

In the second video, the guy in red can be seen saying that he is going to count every scratch on the car and charge $150 for each one.

According to a caption accompanying the videos, the Grab driver felt that the inspection was 'unreasonable' and also shared his experience on a public Facebook page.