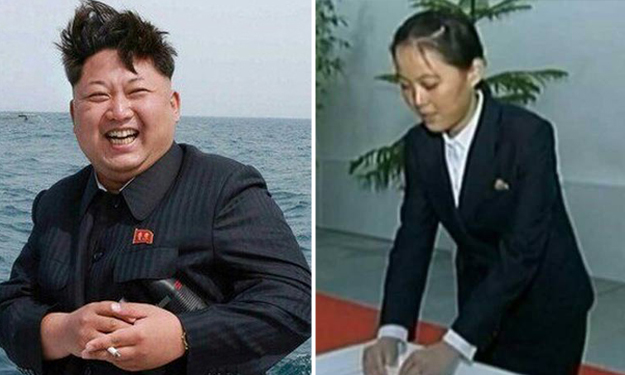 The dictator is reportedly holding a matchmaking competition to find his sister a man.

But not just anyone qualifies to marry into the ruling family of the authoritarian state.

Potential candidates must have studied at Pyongyang's Kim Il Sung University, be at least 5ft 10 inches tall, and have served in the North's army, according to media reports.

Kim's younger sister Yo Jong is the most powerful woman in the reclusive state.

The 28-year-old was elected to the Workers' Party of Korea's Central Committee earlier this month.

Some tabloids report that the matchmaking contest will be similar to American reality TV series "The Bachelor", where a bevy of beauties battle to win the heart of an eligible young man - just that the scenario is reversed in this case.

A defector - who revealed the North Korean dating game - reportedly described Kim Yo Jong as a "haughty woman with exacting standards", said The Sun.

The man - who had escaped the hermit state by crossing into South Korea - said: "Students at Kim Il Sung University had to step aside to make way for Yo Jong in the hallway and no one was allowed to get in the same elevator with her except her classmates," the report added.

According to The Sun, this is not the first time Kim has tried to find his sister a husband.

It said that Pyongyang had tried to find her a man in 2012 but no one lived up to her expectations.