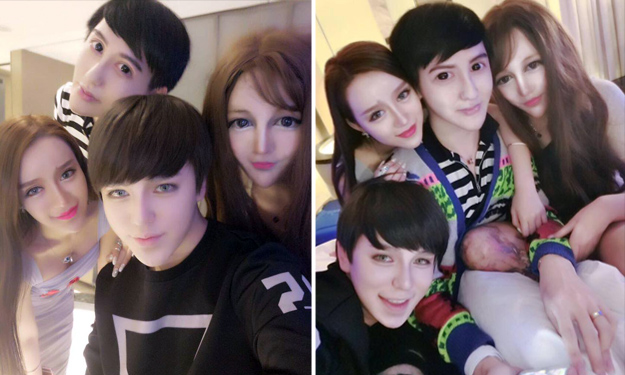 Internet celebrity Liu Zi Chen, dubbed by netizens as China's 'snake spirit boy', has always been a subject of controversy.

Liu had made headlines earlier in February for several rude remarks about Singaporeans, such as how he looked down on them.

The 19-year-old first rose to notoriety after posting photos of him posing nude with wads of cash.

His unusual looks -- which he claimed were completely natural -- have also earned him backlash.

The post reads, "Don't ask to be born on the same year, same month or same day, only ask for the same eyes, same nose and same doctor."

The post was accompanied by several photos of Liu, two females and another man -- all of whom look like one other.

It also seemed to be hinting at plastic surgery and that they had all visited the same surgeon.

One netizen commented, "Pardon my honesty, but when the four of you take a photo together, I suddenly feel that you are a lot more normal."