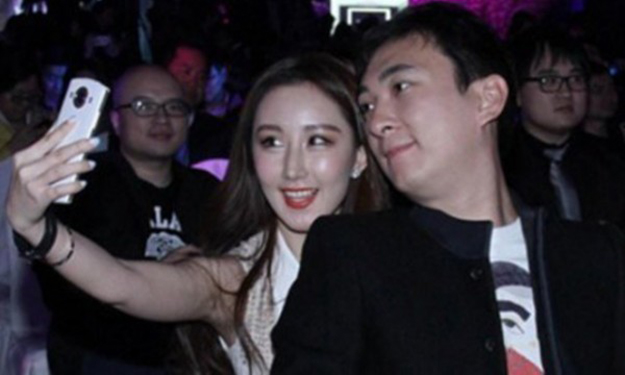 'China's richest son' appears to be up to his usual shenanigans after getting spotted at a Beijing KTV recently, spending more money in a single night than many will see in their entire lives.

This is actually considerably more than his last publicized night out where he spent just 200,000 RMB on Halloween night at a Sanlitun club, reports Shanghaiist.

This might be because his father, Wang Jianlin, China's richest man, is worth a heck of lot more than he used to be.

The Wanda CEO recently saw his fortune jump up by more than 50% to $34.4 billion.

He's also been throwing his money around, buying a £80 million property on London's billionaire row as well as a Hollywood Film Studio.

Though, as an acclaimed "karaoke king" himself, we can assume that Wang is fine with how his son blows his money.

Wang Sicong has become infamous in China for the ludicrous ways in which he spends his father's fortune.

Last May, he outraged netizens by posting pictures to his dog's Weibo account of the animal sporting no less than two Apple watches worth 126,000 RMB piece.

Earlier that year, he hired out an entire resort in Sanya to celebrate his birthday, and even splurged on inviting T-ara, one of his top 5 favorite Korean girl bands, to put on a private gig for him and his guests.

He's also the proud owner of a £50 million private equity firm focusing on computer gaming and was one of the groomsmen at Angelababy and Huang Xiaoming's fairytale wedding held in Shanghai last year.

Netizens have reacted to this latest spending spree with a familiar mixture of awe and cynicism:

"With the money he blew in one night, you could buy an apartment," one bewildered netizen wrote.

"That is so tuhao!" commented another web user.

"This is just another average day for a fuerdai," wrote another netizen.