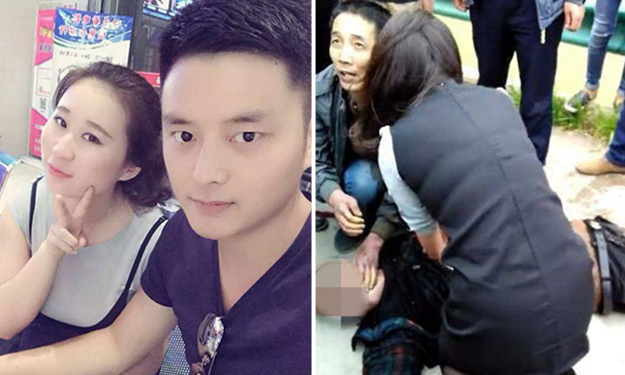 A couple in Shaanxi, China has been lauded by netizens for their quick actions in saving a man who was drowning in a river.

According to CCTVNews, 26-year-old Wang Xudong, 26 and 23-year-old Li Chenyang had been cycling when they came across the man struggling in the water.

A crowd had already gathered along the river, with some people using a long stick and rope in an attempt to save the man. However, nobody had dared to jump in.

When Wang saw the commotion, he immediately plunged into the water -- despite being an amateur swimmer -- and was able to push the man ashore with the help of some bystanders.

"The slope was really steep and he jumped without hesitation. That is really admirable. He could have hit his head on the bricks (of the slope), which may have had unimaginable consequences," an eyewitness told the media.

Once the man was brought onto shore, Li used her past experience as a nurse and performed emergency resuscitation to bring him back into consciousness.

He was then rushed to the hospital for treatment.

The couple has become a trending topic on Weibo, with netizens naming them as 'the most beautiful couple'.