Cassia Crescent resident stung by bees twice: Look at how big their hive is 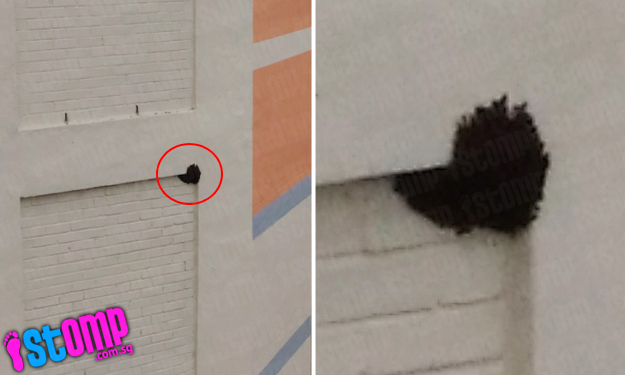 Stomper Adeline has been plagued by bees visiting her home at Block 32 Cassia Crescent.

Her aunt has also been stung by the bees on at least two occasions.

The family recently noticed the huge beehive on an HDB building.

Adeline, who took a photo of the hive earlier today (Apr 2), said:

"The bees keep coming to my house regardless of day or night and my aunt has been stung by the bees twice already.

"We once reported to the Town Council about the bees visiting our house almost every day, but their reply was an insect repellent spray.

"My aunt spotted the hive when she was out airing the clothes one day, but thought that it was nothing to be concerned about at first.

"The hive eventually grew bigger, and that's when it came into the family's attention."