Can you see her? 'Female spirit' haunts village in Malacca 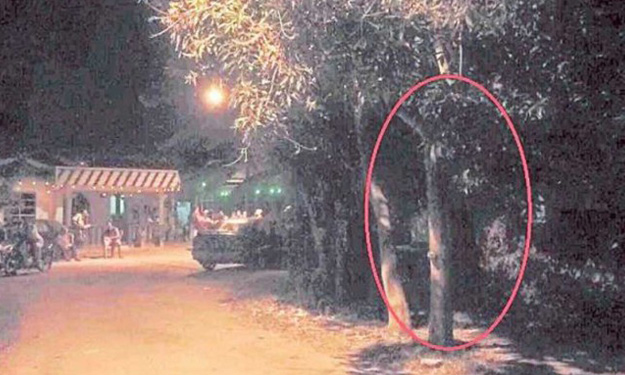 A man has claimed to have captured the image of a female spirit on camera at a village in Malacca.

According to The Star via AsiaOne, the man had visited the village with his friends after hearing stories of spirits that wandered the grounds there.

He happened to bump into a group of villagers who had stayed up late in hopes of catching the spirit at around midnight on Thursday (April 14).

"I then took out my phone to take random photos of the area," he said.

To his surprise, he found an image of what looks to be a woman dressed in white standing among a cluster of trees.

When he showed the photo to the group, a female vilager reportedly became possessed by a Datuk Gong (deity).

"Through this woman, the Datuk Gong said the spirit was from Indonesia and brought in by outsiders to challenge the villagers there," he added.

He and his friends left the village after the incident.