3 arrested and more than $65,000 worth of heroin found at Woodlands Checkpoint 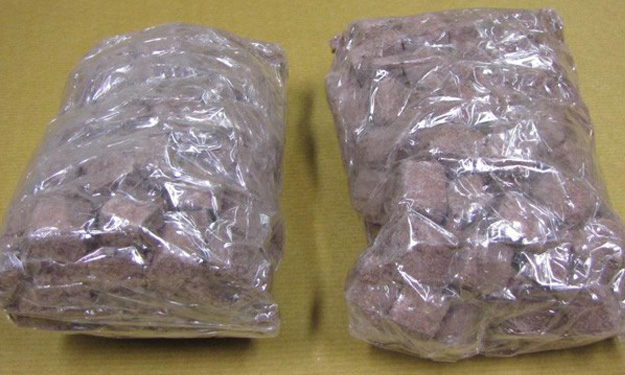 Heroin worth more than $65,000 has been found and three suspects arrested for suspected drug trafficking.

On May 7 at about 11.45am, a Malaysia-registered car driven by a 24-year-old Malaysian man was stopped by officers from the Immigration & Checkpoints Authority (ICA) for checks at Woodlands Checkpoint, said a press statement from ICA and Central Narcotics Bureau (CNB) today.

During the course of inspection, ICA officers found two bundles suspected to be heroin behind the glove compartment.

The bundles were found to contain approximately 930g of heroin, estimated to be worth more than $65,000, after investigation were conducted by CNB.

Two other suspects were also arrested - both are 30-year-old Malaysian men.

The three suspects are being investigated for drug trafficking.

The Misuse of Drugs Act provides for the death penalty if the amount of diamorphine (or pure heroin) trafficked exceeds 15g.

15g of diamorphine is equivalent to 1,250 straws, which is sufficient to feed the addiction of about 180 abusers for a week.