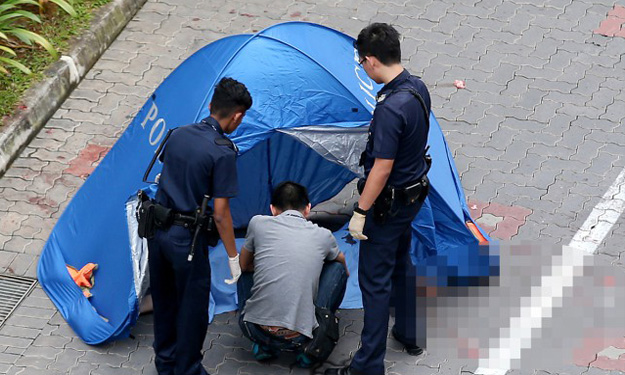 Police are investigating the unnatural death of a 14-year-old boy whose body was found beneath an HDB block in Yishun on Tuesday (Jan 26).

Earlier that day, the secondary school student had been brought to Ang Mo Kio Police Division to assist with investigations into an alleged criminal offence reported on Monday (Jan 25).

According to The Straits Times, the case was an alleged outrage of modesty.

The boy's father told Shin Min Daily News that his son had been recently accused of molesting a girl.

Police said in a statement last night (Jan 27) that the boy's mother was informed and updated by police during the various stages of the investigation.

They added that the boy had co-operated fully with the investigation, and did not exhibit signs of being unduly distressed during the engagement.

He was released on police bail into his mother's custody more than three hours after being brought in at about 2.50pm.

Shin Min reported that he had gone to his room after returning home from the police station.