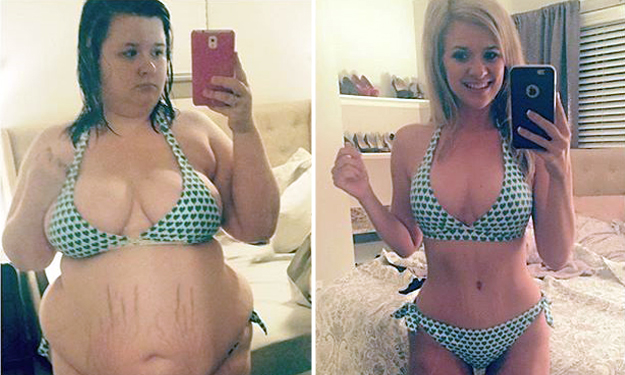 According to Asian Town, Christine Carter used to weigh 275 pounds (about 125kg).

Fearing that she would leave him, her controlling and jealous boyfriend had refused to let her lose weight.

She explained: "My ex was very controlling, told me what to wear and I believe he wanted me to be fat so that I wouldn’t leave him.

"My ex became very insecure and jealous and I gained the confidence to see that I was not in a healthy relationship and needed to get out.

"Being overweight, I didn’t feel I deserved anything better – I went from a place of being ‘fat and happy’ to just ‘fat’. It was taking a major toll on my body and instead of dealing with my feelings I was eating them."

Christine would spend all day -- and sometimes even at night -- binge-eating on unhealthy food.

She then decided to make a change by hiring a trainer and switching up her lifestyle. That included dumping her boyfriend, who was apparently not too impressed with her transformation.

Christine continues to document her weight loss journey and revenge body on Instagram, where she has already garnered a following of 72,000.

Check out her photos in the gallery below.