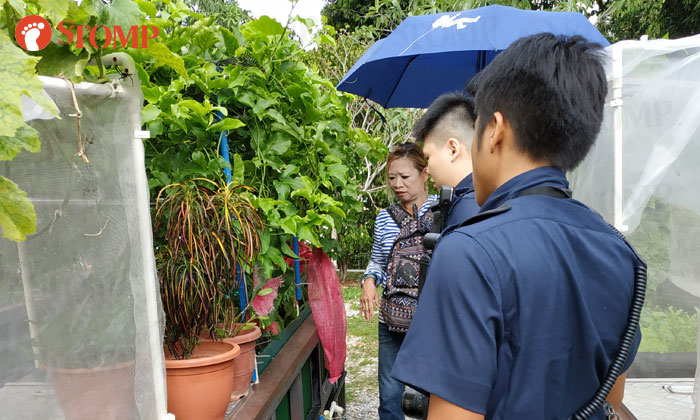 A group of local gardeners have had the last straw with passers-by taking and eating produce grown in an allotment garden at Choa Chu Kang Park.

Stomper Jaime and her uncle Wellington, who call themselves urban farmers, alerted Stomp to the situation after their fresh batch of passion fruits were found missing in the early hours of Mar 1.

"On Feb 28 at about 4.30pm, I last saw my passion fruits intact and nothing was amiss," she said.

"The next day, at about 7.30am, I discovered 16 of our passion fruits were missing.

"They were cut from the plant and the netting we used to cover the fruits was discarded at the plot."

She also found the fruit shells scattered on the ground.

She subsequently made a police report over the missing passion fruits.

In response to a Stomp media query, the police confirmed that a report was lodged and investigations are ongoing.

Unfortunately, this is not the first time Jaime and her uncle have found their produce missing.

"People have taken our bitter gourds, and my rosemary plant is now botak," she said.

"They have plucked chilli padi from my chilli plants until one of them died."

"An auntie at another plot told us that someone took her winter melons and my friend has lost her ladies' fingers."

Allotment gardening plots are provided by NParks for residents to nurture their green fingers.

According to NParks' website, each allotment plot consists of a 2.5m by 1m raised planter bed and can be leased for three years at a charge of $57 per year. 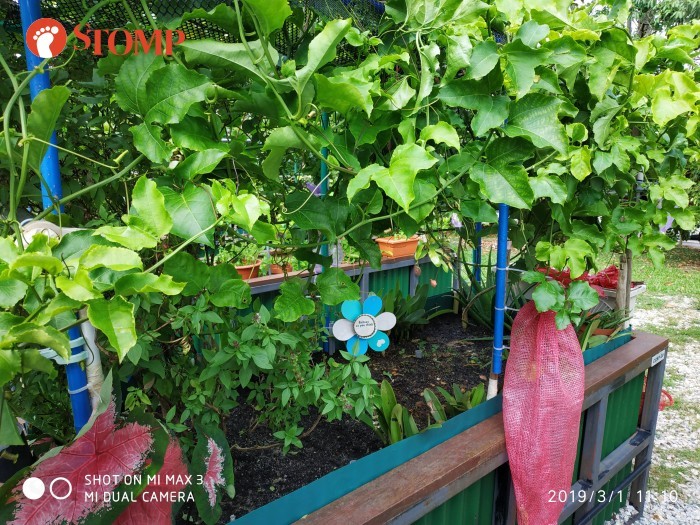 Although these urban farmers grow fruits and vegetables at their plots in the garden as a hobby, a lot of effort goes into their love for gardening.

"Every morning before the sun rises, we're already in the garden, trimming and watering plants and wrapping the soon-to-be ripened fruits," Jaime said.

"This prevents rats, squirrels and bugs to get at them.

"It is a lot of work and we are usually there under the sun until 11.30am to 12pm, when it gets too hot for us to continue.

"We don't mind the pests because they are part of nature and this is normal.

"What we cannot tolerate is people coming to our farm and stealing our fruits."

Jaime said the problem has gotten to a point where the urban farmers come to their plots in the morning in fear that their produce is gone.

"We're in a dilemma and it is very upsetting because we don't know what to do," she said.

"We work so hard but if our vegetables and fruits keep getting stolen, why are we planting them at all?"

Related Stories
Stomper gives away vegetables all year round and decorates office for Christmas
Man not only performs for patients -- but grows own crops to give old folks too
More About:
farm
garden
theft
stealing
fruits
vegetables
choa chu kang