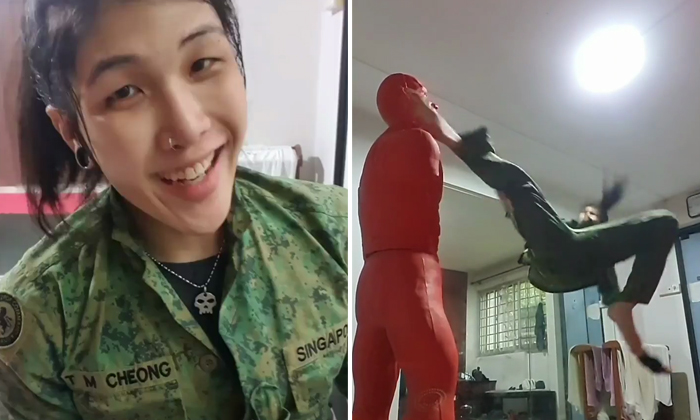 A female character from upcoming film Ah Girls Go Army being named 'Amanda Man', which a transgender actress is playing, has drawn the ire of netizens.

The uproar comes after said actress Kelly Kimberly Cheong, 27, posted an Instagram photo of herself wearing an army uniform in front of the movie's lensing ceremony banner. 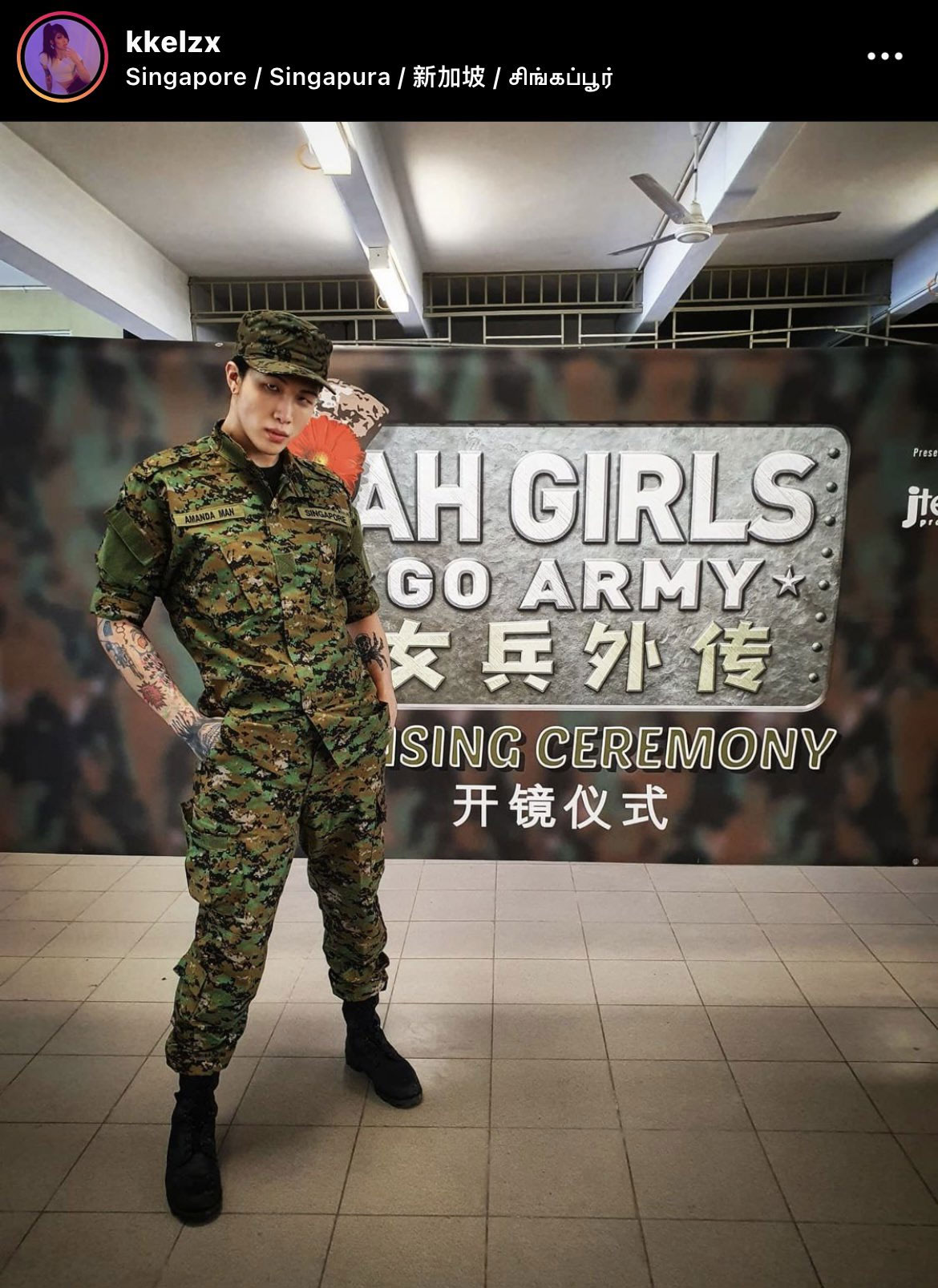 Netizens noticed that the name accompanying her outfit was 'Amanda Man', which many felt was offensive and perpetuated misconceptions about transgenders.

Cheong has since clarified that the character, Amanda, is not a transgender person but "a cisgender, biological girl".

She told AsiaOne: "Initially, I found out that it was just Amanda, which is actually a very normal name. When I heard them say it, I heard it as Man (a Chinese surname pronounced as 'mahn'), I didn't think too much into it. But after some time, I did wonder, is it appropriate for my character to be named this?"

She added: "He said that he didn't mean for this to happen. He explained that my character is a tomboy.

"Jack always tries to assign very iconic names to each character that represents their personality, and since my character is a tomboy, I guess they just put Man, [as a] play on masculinity.

"I don't think he came from the angle of trying to give me any low blow or anything."

Speaking to AsiaOne, Neo also described Amanda as "not a trans character", but a "female tomboy who is a bada**".

He added: "Kelly was cast specifically for this role for her fighting ability, not her gender identity. However, we understand that some people are not comfortable with the character's name, which had been interpreted as a reference to her trans identity."

Apologising for any distress caused, Neo said the character's name will be changed.

Cheong had earlier shared her audition clip for Ah Girls Go Army, which is slated to be released on February 1, 2022, in lieu of Chinese New Year.

The 180cm-tall actress, who is trained in Krav Maga, Muay Thai and judo, said that the role was of a "strong, silent recruit".

The movie is set in an alternate reality where women have to be conscripted into the military as there are not enough men in Singapore.