Unregulated PHV driver brought 4 passengers to secluded places to molest them, made 1 lick his toes 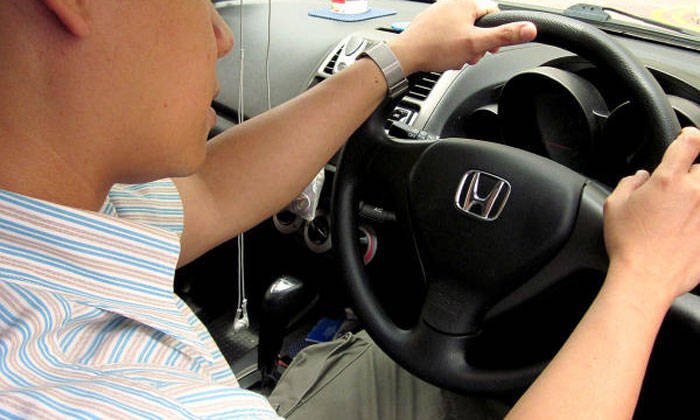 A man used unregulated private-hire car services such as Ride Kakis and SG Hitch on messaging platform Telegram to scour for potential victims.

Muhammad Hafiz Maksah, 27, duped three women into believing that he would transport them to their destinations and drove them instead to secluded places, where he molested them.

The Singaporean was sentenced on Wednesday (Dec 23) to five years and 10 months' jail with six strokes of the cane after pleading guilty to three molestation charges involving three women. A molestation charge linked to a fourth victim and one count of criminal intimidation were taken into consideration during sentencing.

The court heard that Hafiz,  who is no longer a private-hire driver,  picked up one of the victims, a 20-year-old woman, in Jurong at around 7am on Oct 12 last year.

He was supposed to drive her home to Clementi but then lied to her, claiming that he had to make a detour to return the house keys of a friend. He drove to a multi-storey carpark in Jurong West Street 42.

He then suggested to the woman that they play a card game while waiting for the "friend" to come and she agreed. She was told to perform forfeits if she lost.

As one of the forfeits, Hafiz told her to kiss his lips but she refused.

The woman got out of the car but did not leave the area as he had taken her mobile phone. She was also not familiar with the neighbourhood, the court heard.

She later found a piece of glass and used it to injure her right wrist in an attempt to convince Hafiz to let her go.

When he failed to react, the distressed woman tried to climb over a ledge to get away. Hafiz then grabbed her right arm and pulled her back to his vehicle.

Deputy Public Prosecutors Thiagesh Sukumaran and Tan Tongyi stated in court documents: "The accused refused to relent and told her that she would have to finish her forfeits before he would take her home."

Hafiz also locked the doors of his vehicle to prevent the woman from getting away as he planned to have sex with her.

In her distress, the woman began deliberately hurting herself such as by burning her left hand with a cigarette lighter and banging her head against the car window.

Hafiz told the woman that he wanted to have sex with her but she rebuffed his advances. After some time, he asked her to lick his toes to "clear the forfeits" and she agreed. He then molested her.

Realising that the woman was adamant in her refusal to have sex with him, Hafiz finally drove out of the carpark at around 10.20am. She reached home at around 11am and alerted the police.

In another incident, he picked up a 21-year-old woman at around 7.15pm on Oct 11 last year and molested her in a Circuit Road carpark. She managed to run away and made a police report.

Separately, he drove another 21-year-old woman to Jalan Inggu near Sembawang Park in the wee hours of March 16 this year and molested her. Hafiz finally dropped her off at a nearby main road after he spotted auxiliary police officers driving past.

Related Stories
Student says RydePool driver touched her breast while she was asleep, both make police report
Man who gave NTU student a ride allegedly took her to secluded carpark and molested her
Grab driver suspended after allegedly driving teen girl to 'dead-end' and telling her to sit in front
More About:
telegram
molest