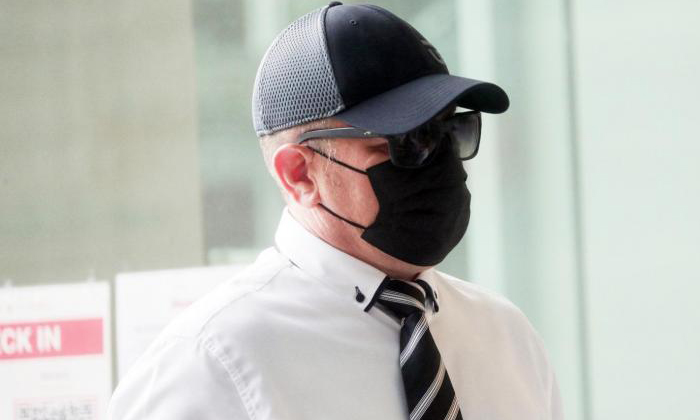 After consuming alcohol, a man tried to get into a taxi that had been booked by another and abused the driver when he was told to leave.

Francis Dion James, 52, was also not wearing a mask during the altercation.

On Tuesday (March 15), the Australian citizen was fined $2,000 after pleading guilty to one charge under the Protection from Harassment Act.

Another two charges, of failing to wear a mask under Covid-19 regulations and causing annoyance while drunk, were taken into consideration during his sentencing.

The court heard that the cab driver, Mr Purvis Tay, 48, was waiting for his passenger in the Boat Quay area at around 9pm on June 4 last year, when James tried to board the vehicle.

When he realised that James was not the one who had booked his taxi, Mr Tay tried to get him to leave - but to no avail.

Unable to take control of the situation, he called the police saying: "I got a drunkard in my taxi. He is not supposed to be inside as he did not book the taxi."

James then pushed Mr Tay repeatedly and hurled expletives at him. He was captured on closed-circuit television footage not wearing a mask at the time.

When the police arrived, James was non-compliant.

Said Deputy Public Prosecutor Chee Ee Ling: "He was observed to be unstable in his gait, reeked strongly of alcohol and had a flushed face."

In mitigation, James' lawyer Cheryl Sim from Regent Law said her client had made compensation to the victim and apologised to him in person.

She added that going through criminal proceedings has been trying for her client, causing him to miss out on employment opportunities and the birth of his grandchild.

"He has also taken time to reflect on his behaviour and resolved to give up alcohol forever," she said.

For using insulting words towards a public service worker, James could have been fined up to $5,000, jailed for up to a year, or both.

Related Stories
South Korean man attacked 2 S'poreans and swore at police, saying: 'I want to go to prison'
Repeat drink driver offered $1,000 bribe to cop: 'Whatever you want, I will do for you'
2 weeks' jail for man who 'attacked' 2 buses at Woodlands depot after 7 cans of beer
More About:
drunk
assault
dispute
cabby
taxi
court