Unleashed dog has near-accident with lorry in heart-stopping video 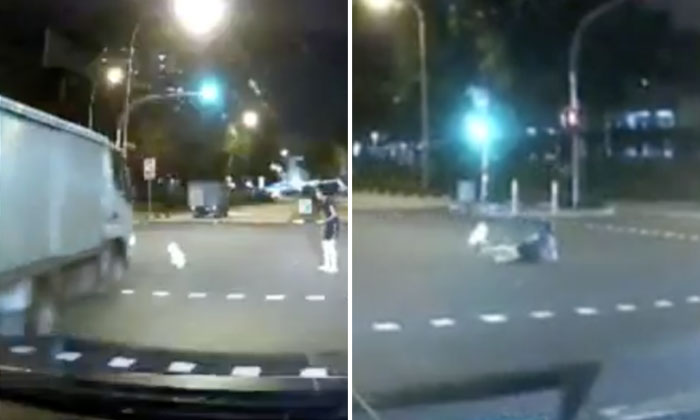 A small white dog caused a rather big commotion at a Choa Chu Kang traffic junction on Tuesday night (Jan 19).

A Stomper alerted Stomp to a video of the incident that has been circulating on social media.

According to the timestamp on the video, it happened at about 10.20pm.

In the video, a man is seen chasing after the dog in circles amidst moving vehicles.

PS, it's illegal to walk your dog unleashed in SG. #tiktoksingapore #singaporetrending #awareness

At one point, the dog almost runs right into the path of an oncoming lorry but thankfully, veers away just in time.

The man, whom netizens assume to be the owner of the dog, is seen falling onto the road in his efforts to catch his pet as motorists are heard sounding their horns.

Towards the end of the video, more people are seen joining the chase.

Netizens have slammed the owner for being irresponsible and not leashing his dog.

According to NParks, pet owners are required by law to leash their dogs in public places.