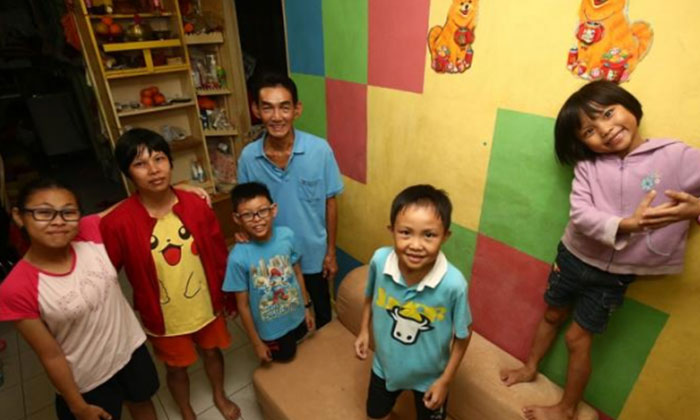 An unemployed man died from a burst vessel inside the toilet of his home, leaving behind four children and a wife.

Mr Wang Qing Chi, 60,  and his family had just become eligible for many family schemes announced under the Singapore Budget in February 2018, but his sudden death came less than three weeks later.

Mr Wang’s widow, Ms Weng Meirong, works as a stall assistant at a hawker stall and fetches about $500 monthly.

After news of Mr Wang’s demise was carried on Lianhe Wanbao, many readers left Facebook messages, saying that they empathised with the family’s tragic circumstances.

At least six readers have contacted the paper, hoping to donate money to Mr Wang’s family.

One of them, who contacted Lianhe Wanbao via email, said that he was willing to contribute $500 monthly to the family.

Another reader, Ms Zhuang Suqiang, 44, told reporters that she and her husband decided to donate after seeing the report.

“We are all people with family. Seeing the family like that was just heartbreaking. I hope to do my part to help.”

Mr Chen, 57, also shared that he and some friends wish to donate some rice, dry grains, and canned food to the family.

In addition, according to philanthropic undertaker Mr Roland Tay, a rich businessman has reached out to him with intentions to donate to the family.

In response to the outpouring of aid, Ms Weng said she was very touched and will do her best to look after her four children in the absence of her husband.

“I am very touched with the concern from these kind people. No matter how difficult life will be, I will bring up my children.”