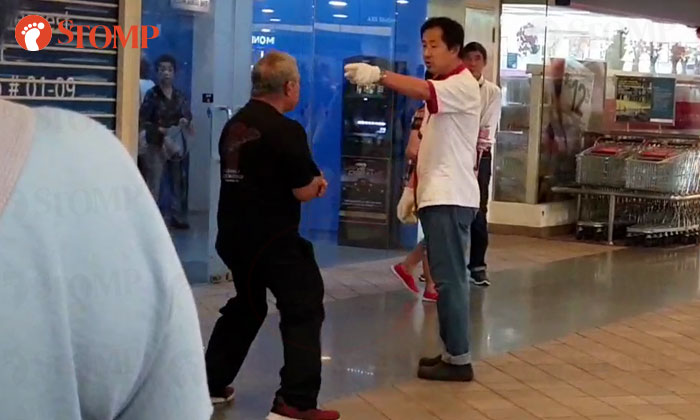 A fight broke out between two uncles at Toa Payoh Hub on Saturday afternoon (Jan 5).

Stomper Amirul alerted Stomp to the incident and shared a video he took of the two men at about 4.20pm.

"I was waiting for someone when I heard a commotion behind me," he said.

"These two uncles were exchanging blows."

In the video, taken midway through the fight, the two uncles are facing off with each other.

The shorter one is on the balls of his feet apparently ready to strike or dodge.

However, the taller man later just points at him and looks ready to walk away.

According to Amirul, the two men went their separate ways shortly after.

"The cause of the fight is unknown," he said.