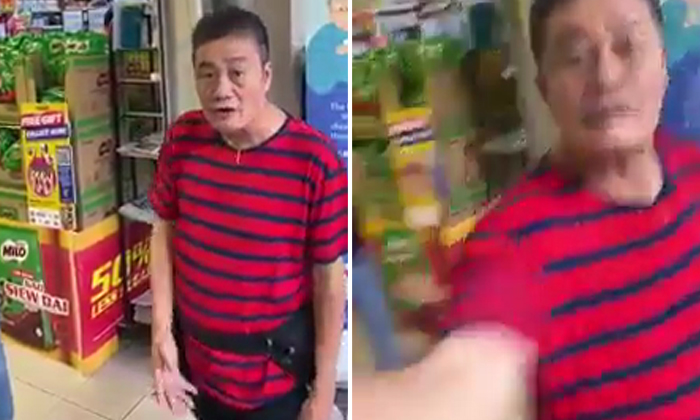 A 60-year-old man is assisting with police investigations following a dispute that occurred in Woodlands on Tuesday evening (June 23).

The police said they were alerted to a case of voluntarily causing hurt at Block 888 Woodlands Drive 50 at 6.17pm.

Several Stompers alerted Stomp to a video of the dispute that was posted on Facebook.

In the video, an uncle can be seen outside a supermarket without a mask.

A member of the public who is recording the video of the uncle can be heard saying, "Uncle, don't get violent."

The uncle then physically lashes out at the other party, leading to an altercation that leaves a child screaming and crying in the background.

A male voice, presumably the uncle, is later heard saying that he had wanted to enter the supermarket to buy something but was not allowed to enter.

Responding to a Stomp queries, the police said that a 60-year-old man is currently assisting with police investigations and that they are also looking at possible breaches of safe distancing measures.