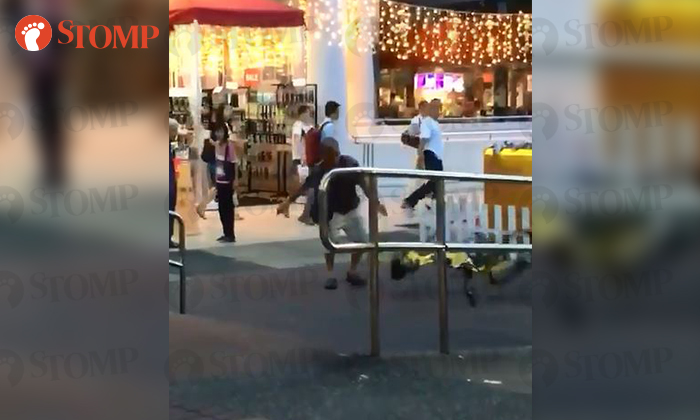 A man was recorded on camera throwing an ofo bicycle repeatedly at AMK Hub on Dec 26.

At around 7pm, a Stomper was queuing for ice-cream at McDonald's when she came across the incident.

From the video she sent, the man can be seen throwing an ofo bike repeatedly on the ground as shoppers stared at him.

In a telephone interview, the Stomper, who wished to remain anonymous, said: "The uncle is always there. He collects cardboard."

It is unclear what compelled the man to destroy the ofo bicycle, but the Stomper said that he was pushing a trolley before he started throwing the bicycle on the ground.

"He had destroyed at least three bicycles," said the Stomper.

Two of the bicycles he had destroyed were ofo bicycles. According to the Stomper, after throwing the ofo bicycles, he had went on to throw a regular bicycle at a nearby bicycle lot onto the floor.

"When we returned an hour later, all three bicycles were gone," added the Stomper.

Stomp has reached out to ofo for a statement regarding this incident.

Earlier this month, two boys were seen damaging the locks of ofo bicycles while in November, a couple who was caught throwing oBikes into a drain turned themselves in to the police.