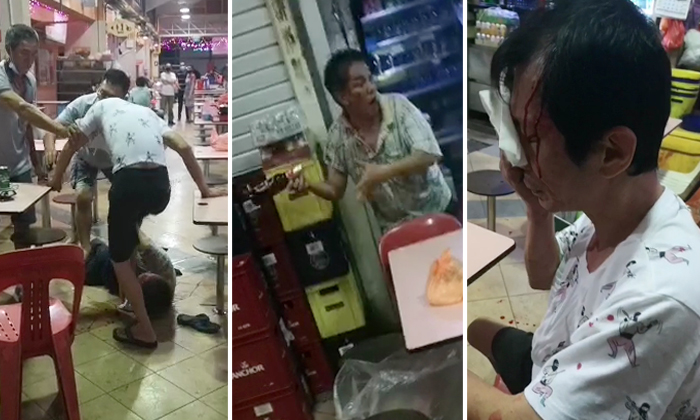 Police are investigating a violent fight that broke out between two men at Chong Pang Food Centre on Monday night (Jan 18).

In response to a Stomp query, the police said they were alerted to fight between two men, aged 55 and 61, at a food centre at Block 105 Yishun Ring Road at around 9.40pm.

The 61-year-old man was conscious when taken to Khoo Teck Puat Hospital.

Several readers alerted Stomp to videos of the altercation that have been circulating online.

(Some parts of video muted due to obscene language)

In one clip, a man can be seen repeatedly stomping on another guy, who is lying on the floor. The man then sits down and uses tissue paper to wipe blood off his face.

Another video shows the guy, who had earlier been attacked, wielding a beer bottle. He also appears to be bleeding.

The same guy is later seen lying slumped in front of a drinks stall, surrounded by debris and an overturned chair. 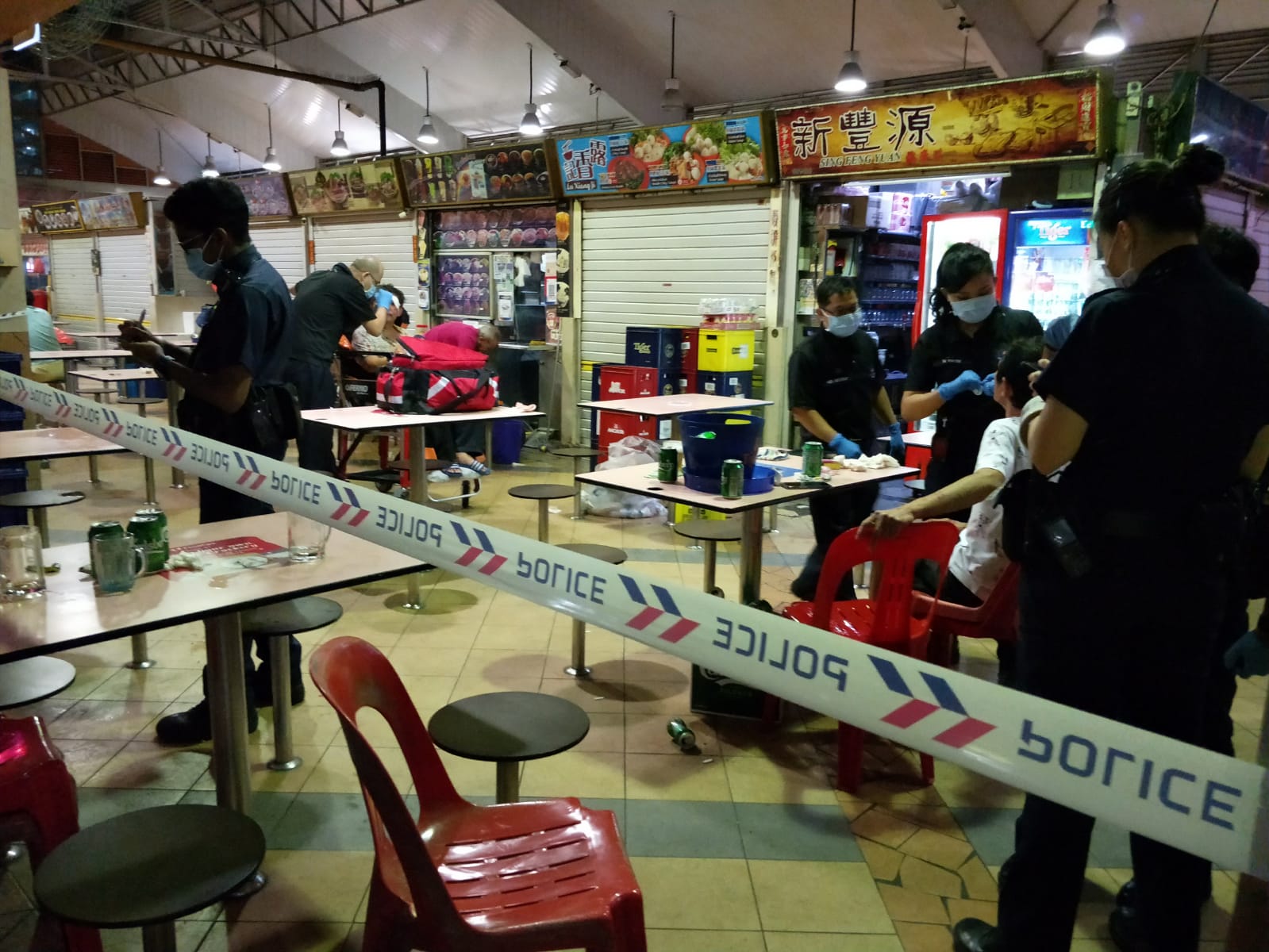 Police officers are later spotted at the scene.

A circulated photo also shows paramedics attending to one of the men.

Police are investigating the case of affray.