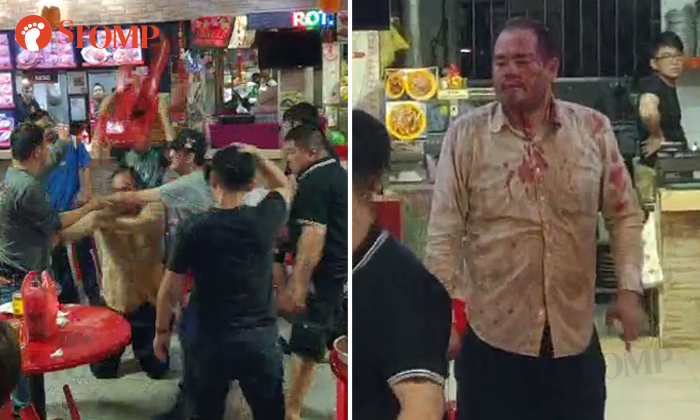 Five men have been arrested in relation to the case.

A fight involving several middle-aged men broke out at a coffee shop at Block 167 Woodlands Street 11 on Saturday night (Feb 23).

Stomper Don shared two videos of the incident, which occurred at the ST11 Coffee House near Marsiling MRT station, at around 9pm.

According to Shin Min Daily News, there were seven to eight regular patrons occupying a table at the coffee shop.

This group was apparently unhappy that there were people playing poker cards in the kopitiam and tried to stop them from doing so.

Mr Lin, a 47-year-old businessman, told Shin Min: "A man in yellow boots started shouting in Hokkien at the regulars and told them to shut up."

Things got heated when both sides started yelling at each other.

During the dispute, the man stepped forward and pushed one of the regulars.

The group then retaliated by knocking the man onto the ground and surrounding him, before using plastic chairs to hit him.

This reportedly lasted for five to ten minutes.

The man is later seen with blood on his face and shirt. He declined to be taken to hospital when paramedics found him.

When police arrived at the scene, the men had already fled, reported The New Paper. 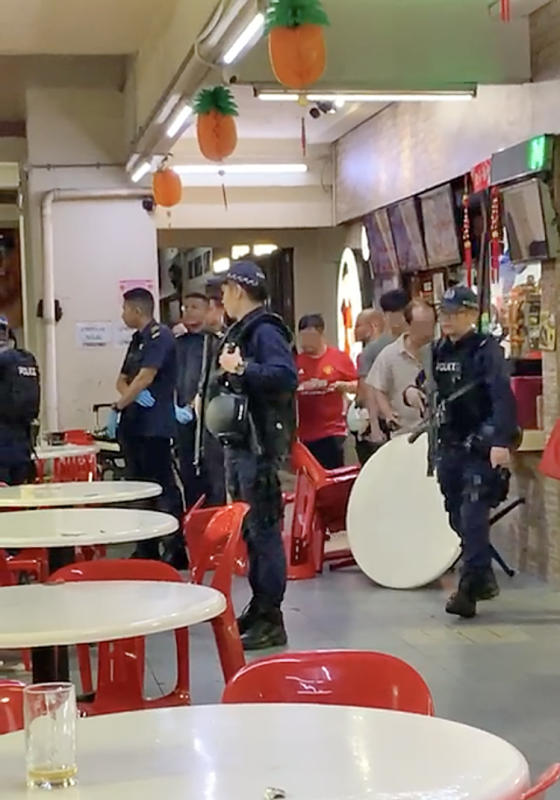 The police confirm that a report was lodged and investigations are ongoing.

Related Stories
Man gets stomped on and punched during brawl at Yishun playground
4 arrested -- including 70-year-old woman -- after family fight at Bedok Reservoir Road coffee shop
Men fling beer bottles at each other during brawl in Geylang restaurant
More About:
fight
dispute
violent
coffee shop
woodlands