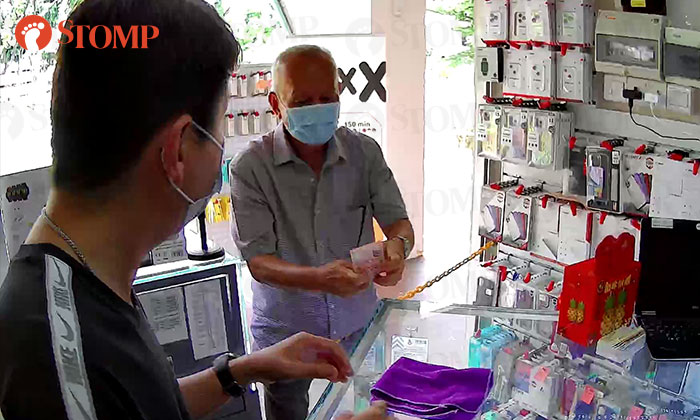 An elderly man asked a shop owner if he could borrow $200 but never returned to give back the money.

Stomper Simon told Stomp the man had walked past his phone shop at Block 130 Jurong Gateway Road on Feb 14 at about 12.30pm.

"He smiled at me and took my name card saying we shared the same surname," he said.

"He told me he stayed at Block 120 Jurong Gateway Road and that he was looking for his wife.

"After some casual conversation, he left but about 10 minutes later, her returned and said he was in need of urgent help.

"He looked desperately in need of help and I trusted him as an elderly but little did I know he is a conman.

"I have a video of him asking for help and taking my money."

Simon said he has since reported the matter to the police.

In response to a Stomp query, the police confirmed a report was lodged and that they are looking into the matter.

"I just want to bring awareness to the public and hopefully, no one else will be cheated."