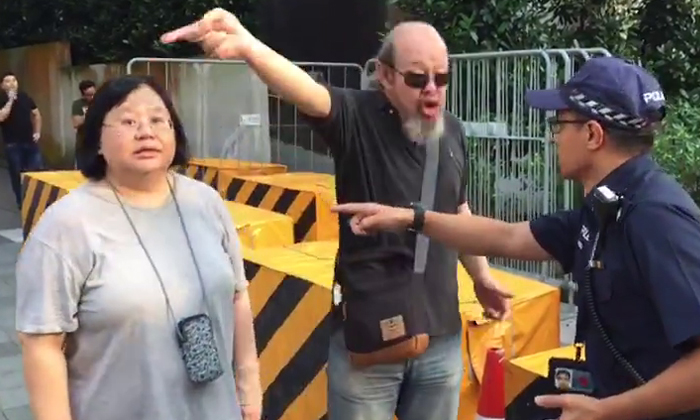 Despite being yelled at by a man and a woman, a police officer remained calm and professional when responding to the situation.

A video of the incident, originally posted by user Kevin Oh on June 10, were re-uploaded by several Facebook pages such as Taxiuncle Group, ROADS.sg and All Singapore Stuff.

The incident reportedly occurred along Tanglin Road, near Tanglin Shopping Centre and the St. Regis hotel, though it is unclear when.

In the video, an uncle and an auntie can be seen verbally lashing out at a police officer.

The bearded uncle continued his tirade even when asked to "calm down" and being redirected to take a shortcut.

Many netizens lauded him for handling the situation well:

They also slammed the couple for venting their frustrations on the officer, whom they felt did not deserve the verbal spew.

Guys, let's show a little more appreciation towards those who are working round the clock to keep everyone safe amidst the Trump-Kim summit.