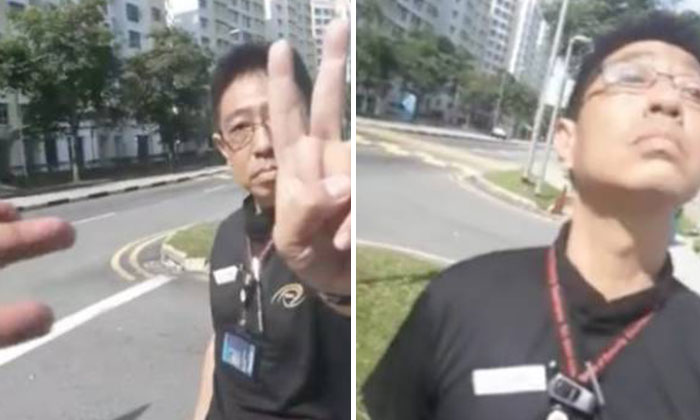 Stomper Sedik who recently uploaded a video of an altercation between him and a security guard at The Canopy condominium has been arrested for a rash act.

In an update, a police spokesman said that the 27-year-old man was arrested and investigations are ongoing.

Sedik had previously alerted Stomp to the incident on Thursday (Feb 22).

According to Sedik, the guard wanted to ‘find problems’ and was rude to him while he was making a delivery to a unit in the condominium.

The guard later told him that he could not use the main entrance and stopped him from leaving.

Stomp understands that as the guard was trying to stop Sedik from leaving on his e-scooter, there had been a minor collision.

After the collision, the guard attempted to stop Sedik from getting back to his e-scooter, while the condominium's management called the police.

During his interview with Stomp, Sedik did not mention the collision.

A manager from The Canopy, who identified himself as James said that the management may be considering further legal actions, once investigations have concluded.

Watch the video which Sedik took below.