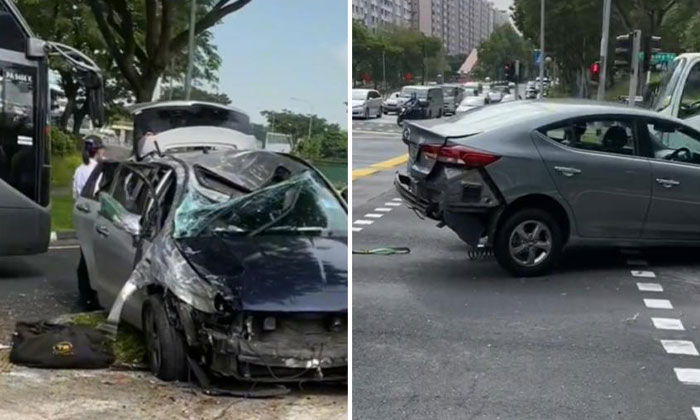 A man and a woman were taken to hospital on Tuesday morning (April 26) after an accident at a junction in Yio Chu Kang Road involving two cars and a van.

The Singapore Civil Defence Force (SCDF) said they were alerted to the accident at the junction of Ang Mo Kio Avenue 5 and Yio Chu Kang Road at around 8.20am.

Videos of the aftermath of the accident circulating on social media platform Tiktok shows the front of a hatchback car badly damaged as the vehicle sits on a kerb next to a zebra crossing.

Debris from the car's bonnet, as well as broken parts of a road sign and street lamp, is scattered on a grass patch nearby.

Another clip shows the rear of the second car damaged, with one of its wheels fallen off.

SCDF and police officers can be seen inspecting the scene of the accident.