Two friends save woman from sex offender, chase him down at Ulu Pandan Park Connector 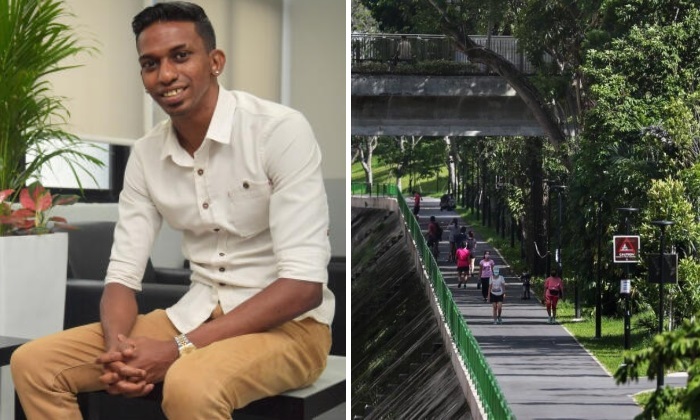 They heard a woman crying for help at the Ulu Pandan Park Connector.

Mr Vinodh Rajendran and Ms Ramizah Banu Abdul Rahman immediately chased after a man who had touched a woman on her breast and groin area, and tried to kiss her on the lips.

The two friends managed to detain the sex offender until the police arrived and arrested the man for outrage of modesty.

For their heroics on Feb 2, Mr Vinodh and Ms Ramizah were commended with the Public Spiritedness Award on Tuesday (June 7). Ms Ramizah was not at the ceremony. 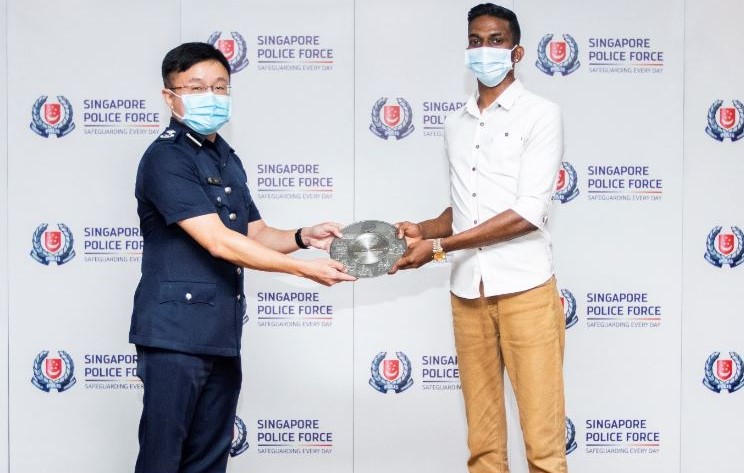 Recalling the incident, Mr Vinodh, a chef at North London Collegiate School, told The Straits Times: "I was more shocked than anything when I realised what was happening. Singapore is supposed to be safe and yet such a horrible crime was happening in front of me.

"What stuck with me most was how grateful the lady was. She was crying and she told me that if we hadn't been there, she would have just given in."

Another recipient of the award was Mr Lim Wei Hao.

On Dec 18 last year, he heard some noises and noticed a man behaving suspiciously outside his flat at Block 240A Jurong East Avenue 1. He observed the man allegedly touching some undergarments which were left to dry.

Mr Lim then followed the man and detained him before calling the police. Investigations revealed that the man had committed theft of undergarments in the area.

On Oct 3 last year, he helped detain a man who hurled vulgarities at and threw a face mask at a Safe Distancing Ambassador, when he was turned away twice for trying to enter a hawker centre at Block 353 Clementi Avenue 2.

The man was observed to have not worn a face mask and he did not have a TraceTogether token or app for SafeEntry check-in. He was subsequently arrested under the Liquor Control Act and for using abusive language against a public servant.

Another award recipient was Mr Mohamed Subhan who had witnessed a man allegedly taking an item from a shelf and placing it into his bag in a shop at VivoCity shopping mall on Dec 23 last year. The man left the shop with the unpaid item. Mr Subhan immediately informed a shop assistant who called the police. The man was subsequently arrested for shop theft.

The sixth recipient was Mr Alagar Ravi, who had assisted the police on Oct 31 last year in a case of theft. He was able to recognise a man who was behaving suspiciously at Block 72 Commonwealth Drive when shown images from police cameras. Mr Ravi directed the police to where he last saw the man which led to the man’s arrest. 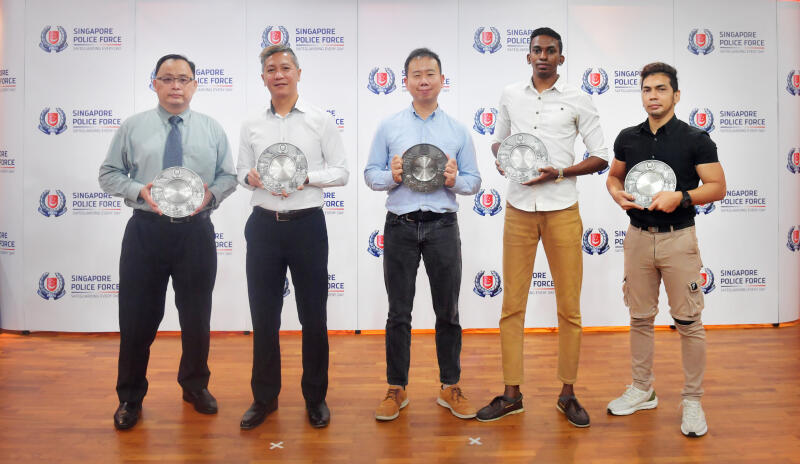