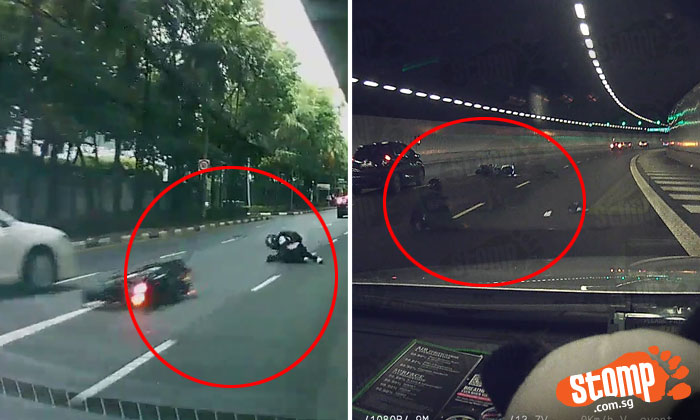 Here is what happens when drivers fail to check their blindspots -- accidents. And here is not one but two accidents that took place over the span of 5 days due to the same reason.

And what is even more coincidental? Both accidents involved a car hitting a motorcyclist.

The first accident took place on a fateful Wednesday (Jan 25) evening at around 6.10pm, along Pasir Panjang Road.

The 20-second video uploaded by Roads.sg shows a motorcyclist riding on the last lane of the road, all goes well until a white car does not notice the oncoming traffic on it's right before turning into the road, resulting in the accident.

According to the user who sent in the video to Roads.sg, the rider had refused to be sent to the hospital when assisted. The user also helped the motorcyclist move his bike so that it would not cause a traffic jam by taking up two lanes.

As for the second accident, the video was sent in by Stomper Leslie.

The accident took place yesterday (Jan 30) at approximately 7.42pm, in the MCE tunnel towards AYE.

As seen from the 30-second video, a taxi travelling in the tunnel decided to switch lanes -- but evidently forgot to check for oncoming traffic before doing so -- knocking the motorcyclist over.