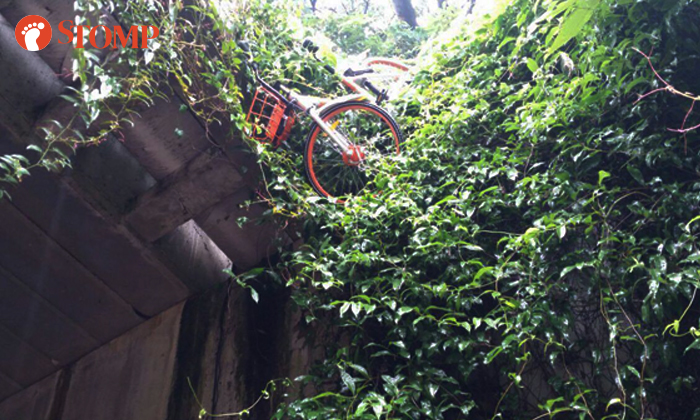 First, there were oBikes being thrown in a drain and now things are being taken up a notch as two bicycles were found dangerously close to the edge at Lower Delta Road.

Stomper Rommel spotted a Mobike as well as an oBike that were placed in a precarious position on Nov 20 at around 4pm.

In the photos that he sent to Stomp, a Mobike was pointed downwards in an almost 45-degree angle at the edge of the slope. In another photo, an oBike was spotted on the same slope as well.

According to the Stomper, his fellow workers use the path often as it is located near their construction site.

Rommel told Stomp, "I am very worried. The bicycles are really high up and I'm worried that they will fall onto my workers."

He added that the two bicycles are still there and he cannot remove them himself as they 'are really high up'.

Separately, three different Stompers also shared with us pictures of bicycles that they found in canals all over Singapore in the past week.

oBike in Tampines Street 41 Canal (From Stomper Jed and Sunny) 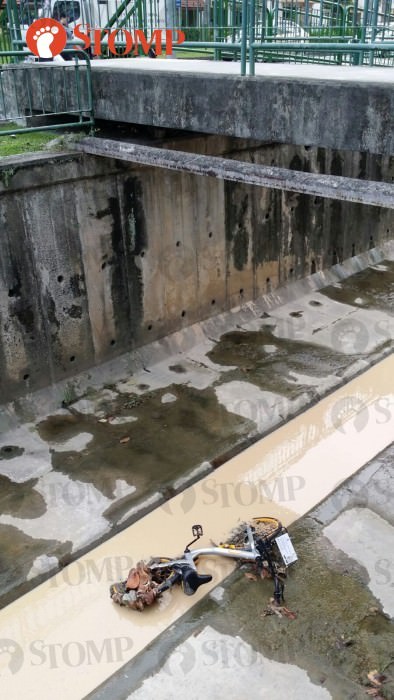 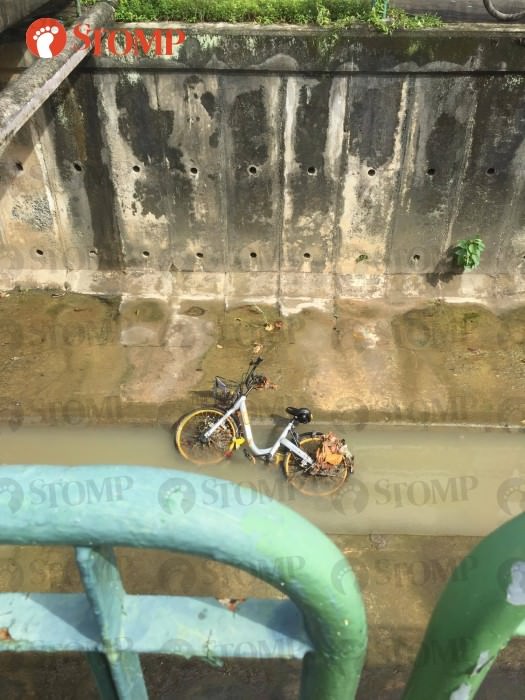 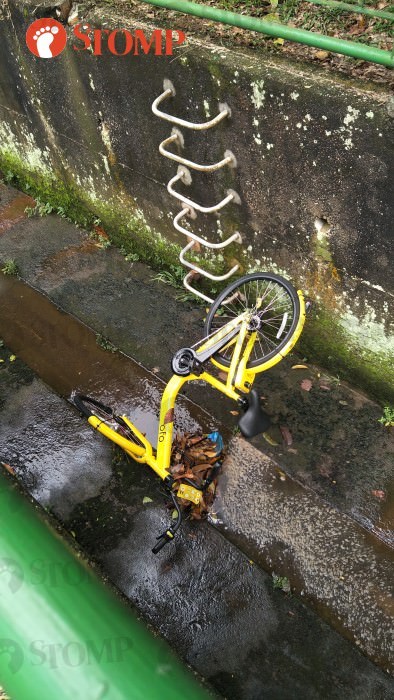 Related Stories
If you see oBikes in drain along Lower Delta Rd -- these are the culprits
Stomper sees monitor lizard in park canal, then notices something even more unusual 'hidden' in water
FYI: Repainting an oBike to a new colour still doesn't make it yours
More About:
mobikes
oBike
dangerous