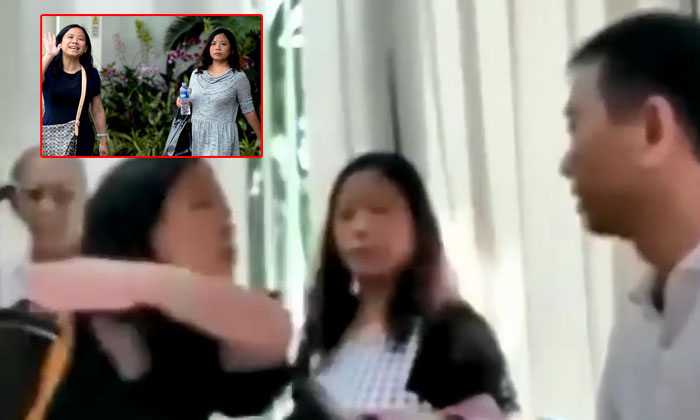 Twin sisters, Chinese nationals Tang Bei and Tang Lei, both 50, were fined on Tuesday (Aug 28), for assaulting staff of Simei Green condominium in 2015, and their aggressive behaviour were caught on video.

On Feb 25, 2015, Tang Bei had gone to the management office alone, where condominium manager Mr Colvin Quek Choon Kiat told her documents such as an identity card and a stamped tenancy agreement are required to process her application for a condominium access card, reports The Straits Times.

However, she only handed him $100 to pay for it but did not provide the required documents.

She then turned aggressive and left after taking back her money when Mr Quek reiterated his request for the documents.

She came back again with Tang Lei on Apr 28 that year but declined to be served by Mr Quek, claiming that he "disgusts" her. 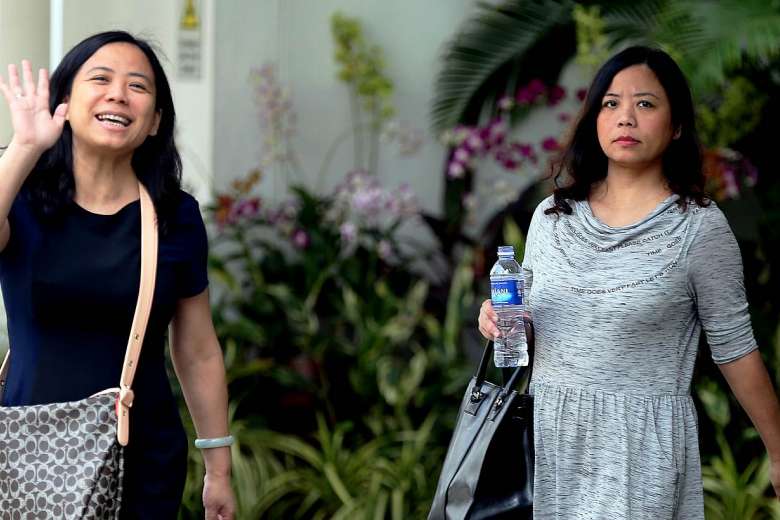 In the video, a voice who is believed to be Mr Quek's, is heard saying "don't bring your card don't get anything" while Tang Bei rummages through her bag.

She then told him that she doesn't want him to "serve" her, and for him to "go away, go away, looking at your ugly face I feel disgusting".

Tang Lei then intervene and told him in Mandarin to "say it one more time and I'll hit you" while making a gesture of it with her hand and her sister mirrors her action.

The two sisters then swung their arms at him, with Tang Lei saying "the both of us are able to deal with you".

In the midst of the dispute, after Tang Bei spat on his face, the two sisters attempted to lunge at Mr Quek but was stopped by another man.

However, this did not deter them from throwing punches and throwing a can at Mr Quek.

Police officers were later seen at the scene, with one leading Mr Quek away and the other trying to calm Tang Bei down to no avail.

The video then ends with one of the sisters comparing Mr Quek to a "guard dog".

Deputy Public Prosecutor Tan Wen Hsien had said that Tang Bei's claim was "incredible" and "flies in the face of the objective evidence" after the latter claimed that she had acted in self defence.

The DPP also stressed that the video footage shows the sisters attacking Mr Quek in "an unrelenting and vicious manner".