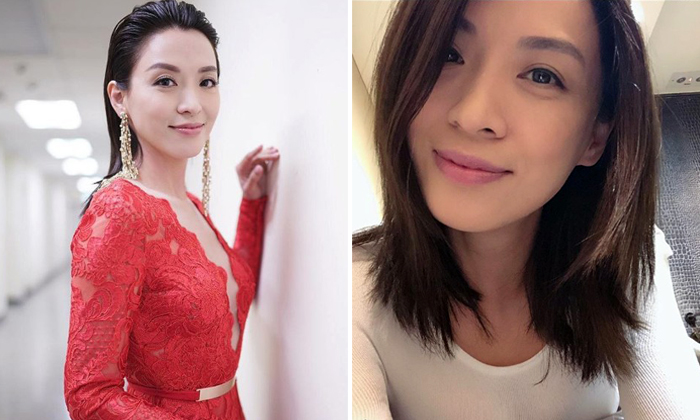 TVB star Alice Chan, 45, has revealed that a dismal sex life with her ex-husband contributed to the demise of their four-year marriage.

Currently one of TVB's top actresses, Chan married Taiwanese businessman James Yen in 2008 before bowing out of the industry and moving to Thailand.

But the former beauty queen has staged a comeback in recent years, making a splash in this year's highly-rated period drama, Deep in the Realm of Conscience, which also stars Nancy Wu and Stephen Ma.

Chan, who's in the running for Best Actress in TVB's anniversary awards this month, is the hot favourite to take the title.

In a recent interview in Hong Kong, Chan revealed that life in Thailand was hardly a bed of roses.

Instead of enjoying a 'tai-tai' lifestyle, Chan said she was expected to cook and clean the house, while her husband, who was busy with his business, was rarely available.

The neglect from her husband made her feel completely lost, to the extent that she even questioned her reason for living.

Chan also bemoaned their sex life as non-existent, stating that "he hardly touched me". She joked: "If we had a good relationship, and he touched me often, we wouldn't be divorced."

While it was her husband who broached the topic of divorce first, Chan admitted she struggled to accept the reality, and even sought help from a psychiatrist friend. Chan credited the friend for helping her get back on her feet, before she finally managed to regain her sense of self.

View more photos of Alice Chan in the gallery.