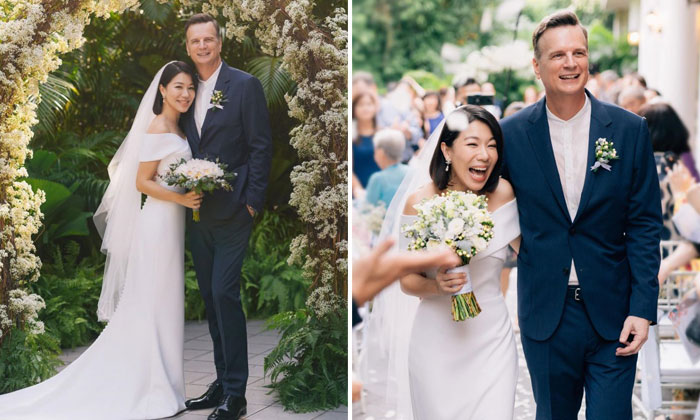 "I have found true love, given from above," the 42-year-old said in a press statement put out by her management company Cross Ratio Entertainment.

The solemnisation and dinner was attended by her close friends and family, including the groom's family who flew in from California, at an unidentified Peranakan restaurant.

Lee wore an off-shoulder, silk crepe Romona Keveza gown and the solemnisation was conducted by a pastor who is a personal friend of the couple.

"All the waiting for my soulmate was worth it," she said. "It is never too late to discover love."

Lee made her name as the first Singaporean VJ, or video jockey, on music video channel MTV in 1998.

She has picked up several wins at the Star Awards, including Best Info-Ed Programme Host for Come Dance With Me in 2009 and Find Me A Singaporean 3 in 2013.

She is hosting reality television series Renovaid's eighth season, which is currently streaming on Toggle.