TV and stool among items thrown down Compassvale block 'daily since 2019, even at 2am' 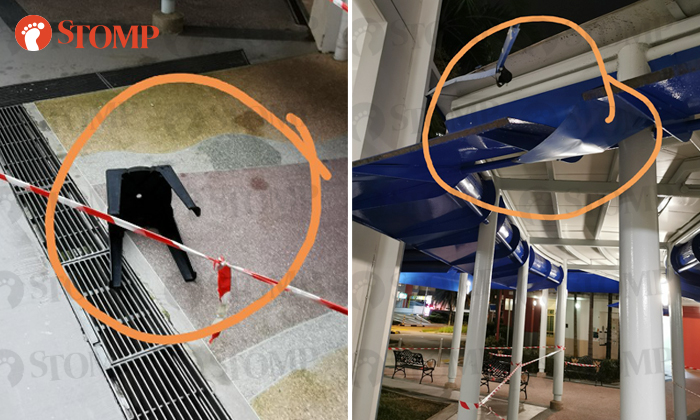 Killer litter has been an ongoing problem for residents in Sengkang's Compassvale estate, with bulky items such as a television and a stool thrown down in some instances.

Stomper Anonymous alerted Stomp to high-rise littering at Block 269A Compassvale Link, which he said has been going on "daily since late 2019, even after midnight and at 2am."

Anonymous said: "The culprit will normally throw things on the roof of the sheltered walkway, causing very loud bangs and noises, especially after midnight.

"I am really concerned about the safety of the community." 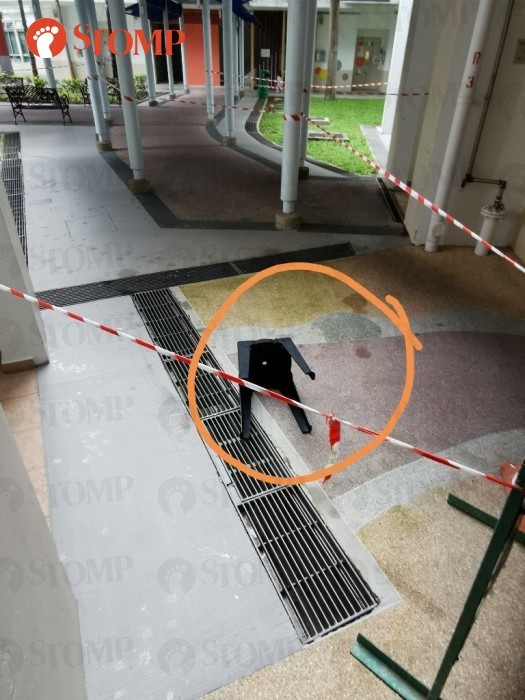 According to Anonymous, a stool was thrown down last Friday (May 22), at around 8am.

The stool had fallen through the roof of the sheltered walkway and damaged it. 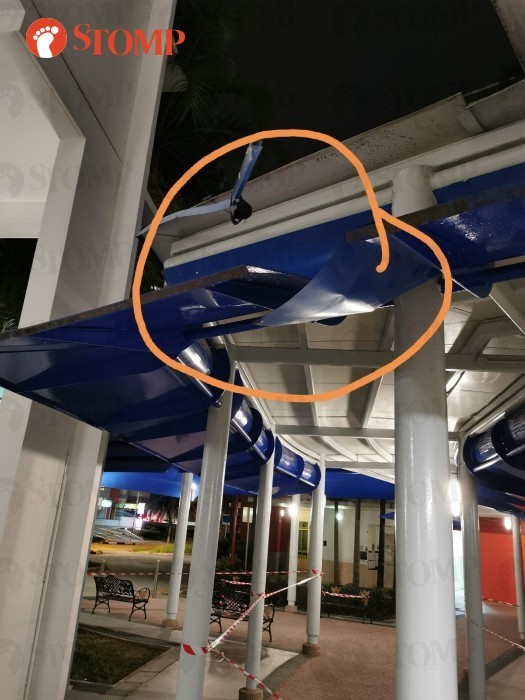 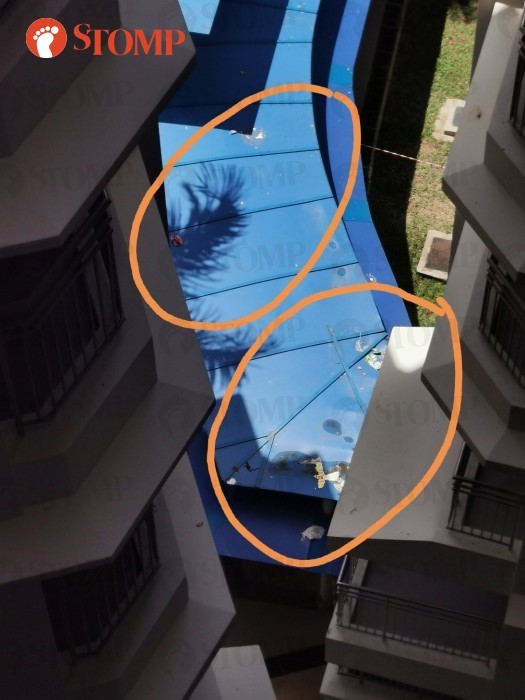 The "daily high-rise littering" has also resulted in traces of rubbish strewn all the sheltered walkway, said Anonymous.

This has been going on despite a notice put up by Pasir Ris-Punggol Town Council in November last year. 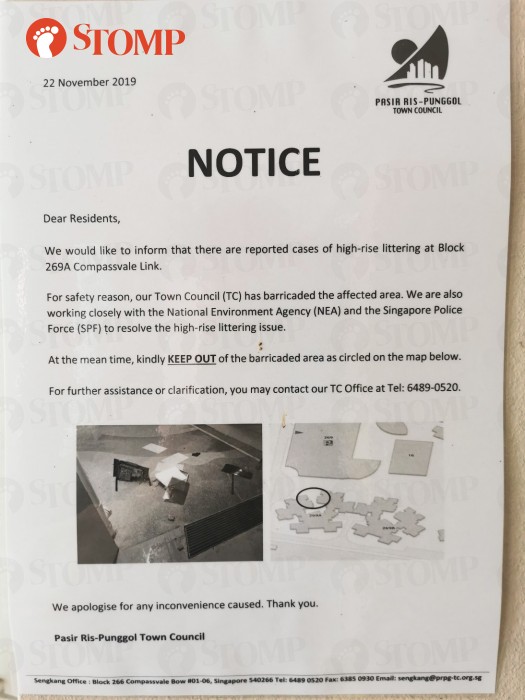 Anonymous said that the notice was put up after the culprit threw a television down.

In the notice dated November 22, the town council said it had barricaded the affected area and advised residents to keep out.

"We are also working closely with the National Environment Agency (NEA) and the Singapore Police Force (SPF) to resolve the high-rise littering issue," the notice added.

In response to queries by Stomp, Pasir Ris-Punggol Town Council said on Thursday (May 28): "As this incident is undergoing investigation, we are unable to comment further.

"The Town Council would like to take this opportunity to urge residents to dispose of any trash properly through the refuse chute hoppers to maintain a clean and safe environment.