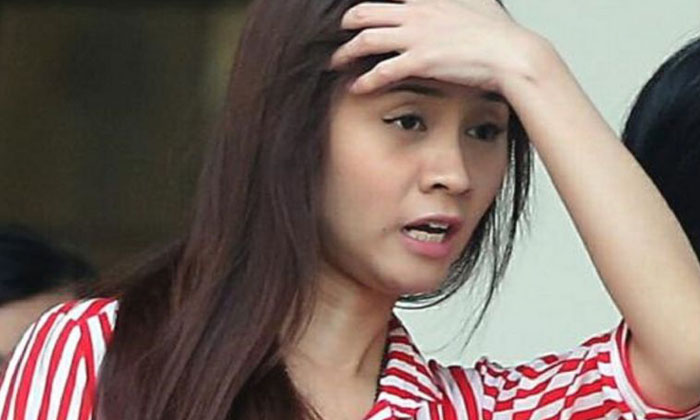 Private tutor Fiona Poh Min, who is currently on an O-level cheating trial, told the court she had disposed of her phone before going to the police on Oct 26, 2016.

Her lawyer, Nicolas Tang, also said that she was "threatened and physically intimidated" by police officers who came into contact with her after her arrest.

This made her "involuntarily" gave her statement to police investigation officer (IO) Eddie Ho after she was arrested, said her lawyer on Aug 14.

When asked whether he was aware of the claims made by Fiona Poh, IO Ho said he was not.

According to The Straits Times, Mr Tang also said some of the threats included officers telling her to cooperate during questioning so that she would not get hit.

The IO refuted the possibility of this claim.

Mr Tang also said that she was also told that "an accident might happen" to her aunt during investigations if she were to continue to remain silent.

In response, IO Ho said that he was not aware of the claims as he was not present during those times.

When Mr Tang asked the IO if he was aware that Fiona Poh had "suffered from threats, inducements or promises prior to making her statement", the IO said he was not.

Mr Tang then suggested that as a result, Fiona Poh had "involuntarily" given him her statement, to which the IO rejected by saying he disagreed.

The 31-year-old, who testified on Wednesday (Aug 15), is one of three who was accused of helping six Chinese national students to cheat during their O-level exams in 2016, reports The Straits Times.

She faces 27 cheating charges and one of instigating Chinese national student Chen Yi to leave Singapore to avoid police investigations.

The two other accused who allegedly conspired with her are her aunt-cum-Zeus Education Centre principal Poh Yuan Nie, 52, and Chinese national Feng Riwen, 26.

They face 27 cheating charges each.

Singaporean Tan Jia Yan, 32, another tutor from the centre in Tampines, admitted in April that she had sat for the exam to provide a live feed, using a camera phone that was attached to her chest, to her alleged accomplices of the paper the other students were taking.

Fiona Poh told the court on Wednesday that the reason she threw her phone away before going to the police on Oct 26, 2016, was because "there were a lot of photos of my tuition centre pets" including a pangolin, a highly endangered wild animal that she found and cared for over a very long period of time.

She said the photos would still be able to be retrieved from the phone even if she deleted them, so she "threw it away".

The court heard that the phone was later found in a bin outside Bedok Police Division the next day by investigation officers.

On Wednesday, Fiona Poh also told the court that she had never seen the Bluetooth and electronic devices that were seized as evidence during a police raid at her workplace at Zeus Education Centre.

The trial continues on Thursday (Aug 16).