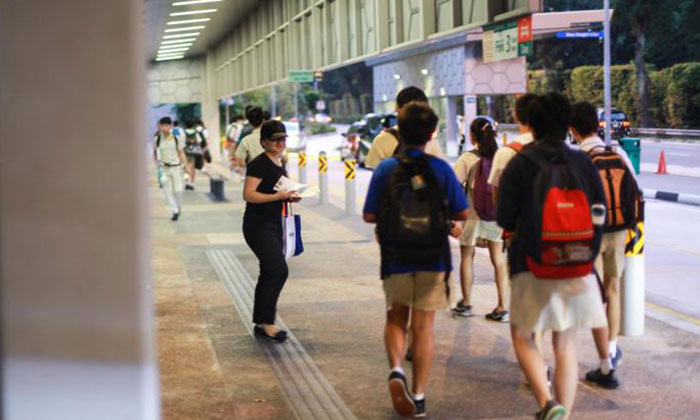 As tuition centres spring up across Singapore, the industry has gotten increasingly competitive.

Other than giving out flyers at the entrances of various Junior Colleges, a tuition centre has also been offering students something extra to entice them to sign up.

The founder of TuitionGenius, a tuition centre,  told reporters that the centre would provide students with free sample examination papers, breakfast sets and also bubble tea.

He added that from 2007, the centre has been provided tuition services on Economics for Junior College students.

From 2009, staff from the centre would also promote their services at the entrances of various Junior Colleges.

“About twice a week, we would distribute flyers at the entrances of some schools.

“As for breakfast sets and bubble tea, we would give it out once every three months.

“We hope that they'll remember us when they're choosing a tuition centre.”

However, despite the marketing tactics, he still feels that the referral method is the most effective:

“According to our experiences, most of the students who sign up are usually referred by friends.”