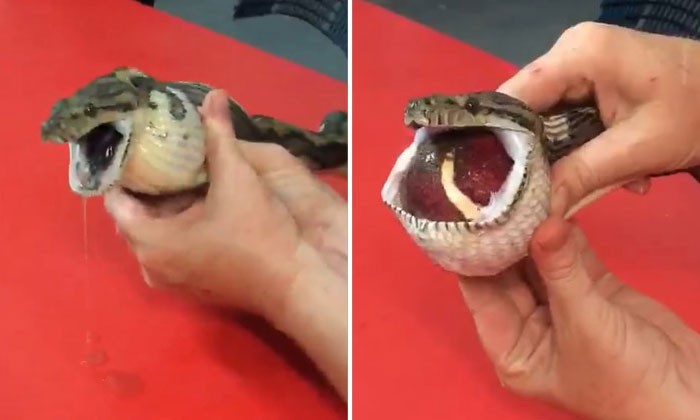 A video circulating on Facebook shows a handler trying to remove a tennis ball from a snake that probably swallowed it by accident.

The beginning of the video shows the ball stuck in the snake's body near its head.

The handler was squeezing the serpent in an attempt to remove the ball through its mouth.

The procedure may seem a little medieval, but it was actually a tricky one requiring a certain level of expertise as it can damage the creature's oesophagus if not performed correctly.

As the video progresses, the ball can be seen moving closer to the snake's head.

Towards the end, it finally emerged through out of the serpent's mouth.

Although tennis balls are green, this one was red, possibly due to the time it spent in the body of its unfortunate swallower.

Have a look at the video below and see if you can make it through without squirming.