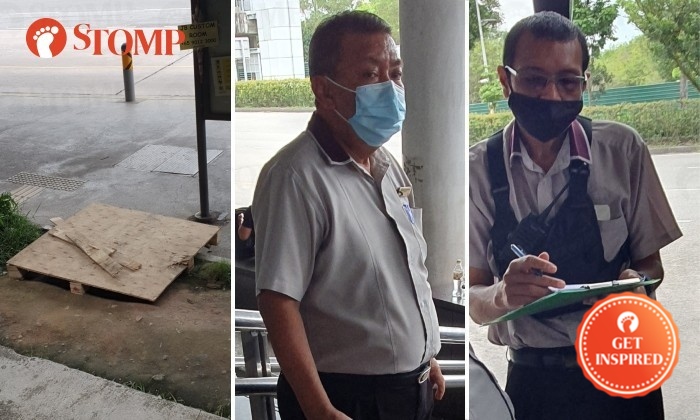 They heard a loud noise and immediately sprang into action.

The two SBS Transit traffic inspectors went over and beyond by removing a dangerous object that fell from a lorry on Woodlands Road. 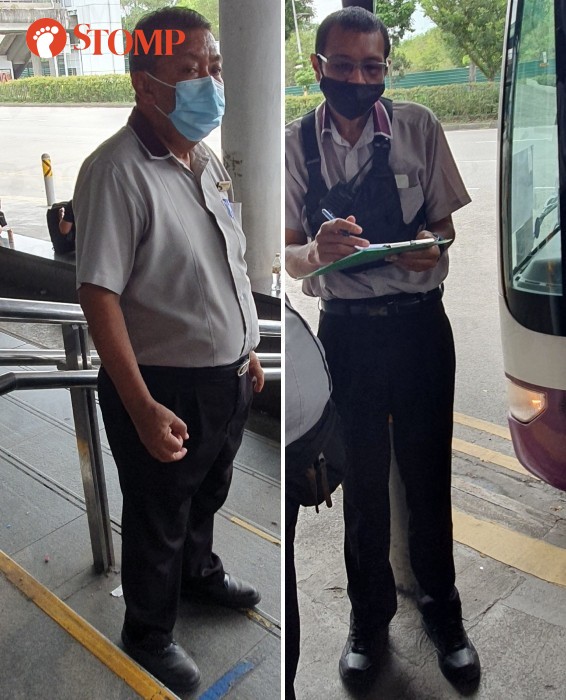 The Stomper said it happened on Nov 25 at around 2:40pm in front of Kranji MRT station.

"I was there queueing for the bus to Johor Bahru and more than 50 commuters witnessed it," he told Stomp.

"I really appreciate and want to say thanks to both SBS Transit staff members who did a tremendous job by removing the wooden pallet with nails from the middle of the busy road. 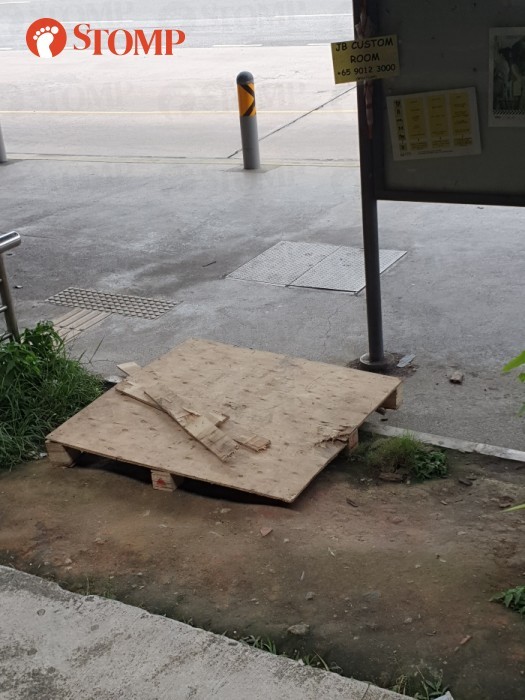 "Both of them worked together with one of them alerting road users to slow down and the other quickly removing the wooden pallet which might endanger road users, especially motorcyclists, since that area has so many motorcyclists who travel between Singapore and Malaysia." 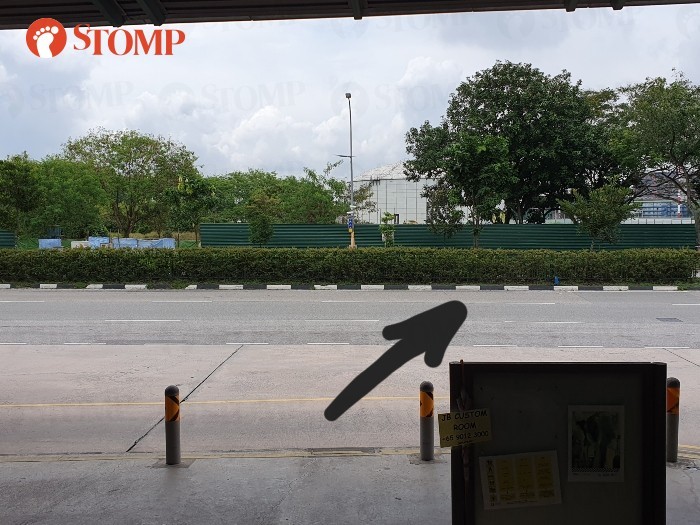 In response to a Stomp query, Mrs Grace Wu, Vice President (Special Grade), Customer Experience and Communications, SBS Transit, said the wooden pallet with protruding nails fell off a lorry as it travelled along Woodlands Road.

"The loud noise of the pallet hitting the road attracted the attention of the two SBS Transit's traffic inspectors, Mr Mohd Faiz Abd Karim and Mr Mohamed Huzairi Sidad, who were on duty at the bus stop.

"Recognising the safety hazard it could pose to road users, they wasted no time in stepping forward to remove the object that was lying right in the middle of the road.

"Huzairi controlled the traffic while Faiz laboured to haul the pallet to the side of the road to put it out of harm's way.

"We are immensely proud of Faiz and Huzairi who went over and beyond their responsibilities to help keep the road safe for motorists. Their swift actions prevented the possibility of any accident from occurring.

The Stomper added: "Kudos to both of them, true heroes."

Related Stories
Kudos to SBS Transit bus captain who brings smiles to his commuters' faces
Woman in Marine Parade grateful to kind bus captain who paid her fare when she forgot wallet
Kind bus captain gives mask to elderly man who forgot his, so that he could board
More About:
kudos
SBS Transit
heroes
woodlands
Kranji
get inspired