Trio nabbed for allegedly cheating payment processing company of over $653,000 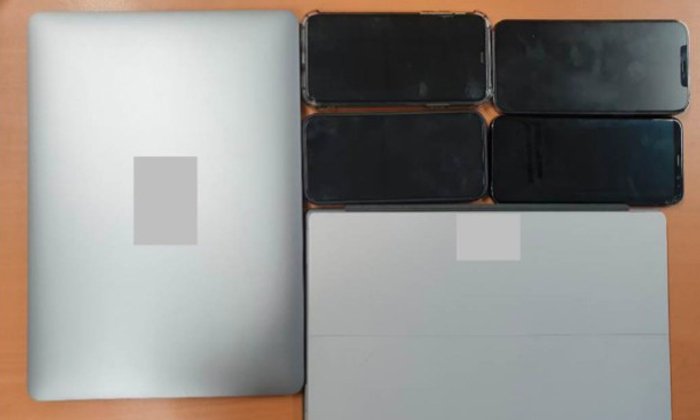 Three men, aged between 27 and 30, have been arrested for their suspected involvement in a case of abetment by conspiracy to cheat a payment processing firm of over $653,000.

The police received a report on August 25 about the incident.

Through investigations, officers from the Commercial Affairs Department established the identities of the three men and arrested them on September 2.

Preliminary investigations revealed that two of the men were believed to have handed over their personal and company bank accounts to the 29-year-old man, who purportedly made use of the two bank accounts to conduct more than 10 online transactions via the payment processing company, between June and July 2021.

The two men had allegedly received commissions or rewards of more than $9,000 by handing over their bank accounts.

On August 12, the 29-year-old man had then allegedly filed disputes on the online transactions to seek refunds of over $653,000 from the payment processing company.

Investigations against the three men are ongoing.

The offence of abetment with conspiracy to cheat carries a jail term of up to ten years and a fine.

The offence of assisting another to facilitate the retention of benefits from criminal conduct carries a jail term of up to ten years, a fine of up to $500,000, or both.

The police said they take a serious view against anyone who commits fraud and offenders will be dealt with firmly in accordance with the law.

They also advised members of the public not to give their personal or company bank accounts to anyone. By doing so, they may be liable for assisting others to launder money from criminal activities.

"Their bank accounts will be frozen, and they will be subjected to criminal investigations and possible prosecution in court," police added.

Related Stories
Man allegedly cheated Lazada of over $100k by abusing vouchers and refund schemes
Teen allegedly sold his bank accounts, which were used to retain $260k in ill-gotten gains
Woman cheated mum's friend of nearly $50k after claiming she could help her find husband
More About:
scam
money