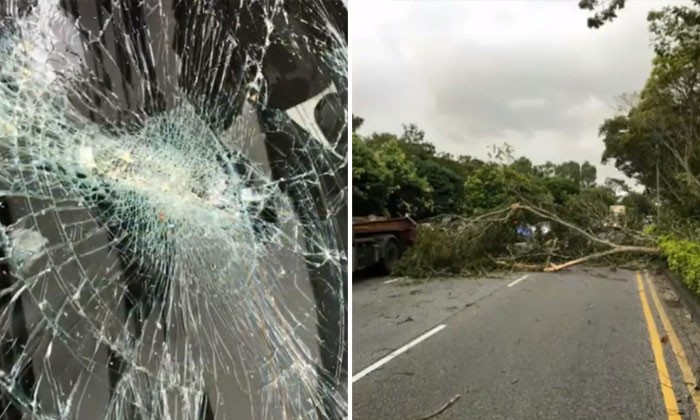 A moving car along Mandai Avenue was hit by a falling tree that left its windshield cracked and bonnet dented.

According to a timestamp of a video of what happened posted on Everyday SG, the incident took place at around 9.40am on Jun 23.

In the video, the car can first be seen travelling on the second lane of the three-lane road.

At around the 10-second mark, a relatively huge tree fell onto the car right in front of the driver.

The impact caused the windshield to crack.

Several crevices formed as a result of the fallen tree, causing the driver's vision of the road to be impeded.

Fortunately, the driver did not appear to injured and drove the car to the side of the road thereafter.

Photos of the incident's aftermath show that the car also sustained a huge dent on its bonnet.