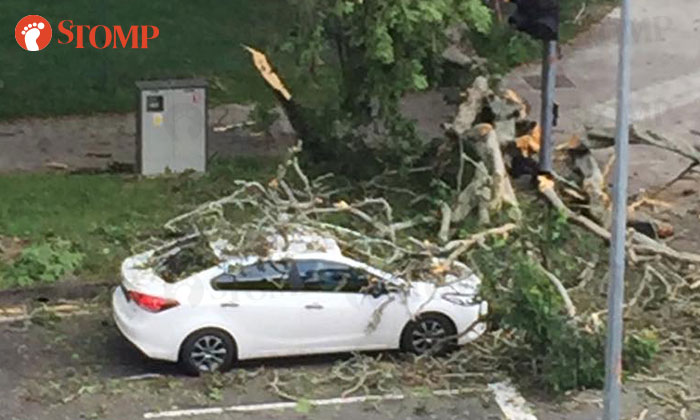 Stomper Roel, who stays in the area, took photos of the aftermath and sent them to Stomp.

In the photos, the trunk of the tree could be seen on the road, while the top of the car was covered with fallen branches.

Officers and vehicles from the Singapore Civil Defence Force (SCDF) were spotted at the scene.

According to Roel, he saw the passengers in the car alighting from the vehicle.

In response to a Stomp query, the SCDF said that it was alerted to the incident at 2.10pm at the junction of Telok Blangah Way and Telok Blangah Crescent.

The SCDF dispatched one fire engine, one ambulance, two fire bikes, one Red Rhino and one rescue tender to the scene.

There were no reported injuries and no one was trapped.