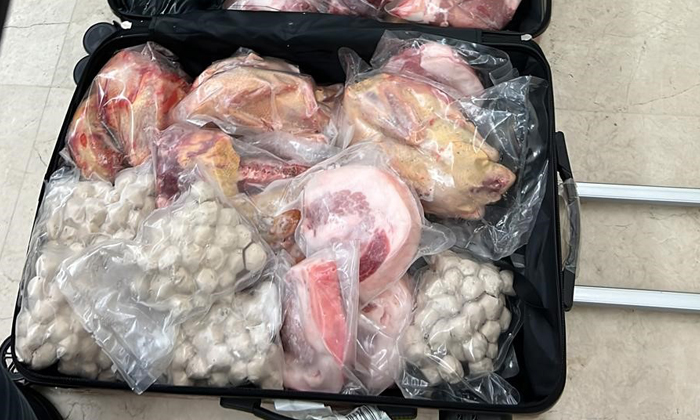 A man travelling from China carried in his luggage more than 200kg of frozen meat, including rabbit meat and mutton.

On June 8, SFA officers were alerted by ICA to luggage that was found to contain assorted meat products at Changi Airport.

The eight pieces of luggage, which belonged to Wang, contained 226kg of frozen meat products such as chicken, beef, pork, mutton and rabbit meat from China. 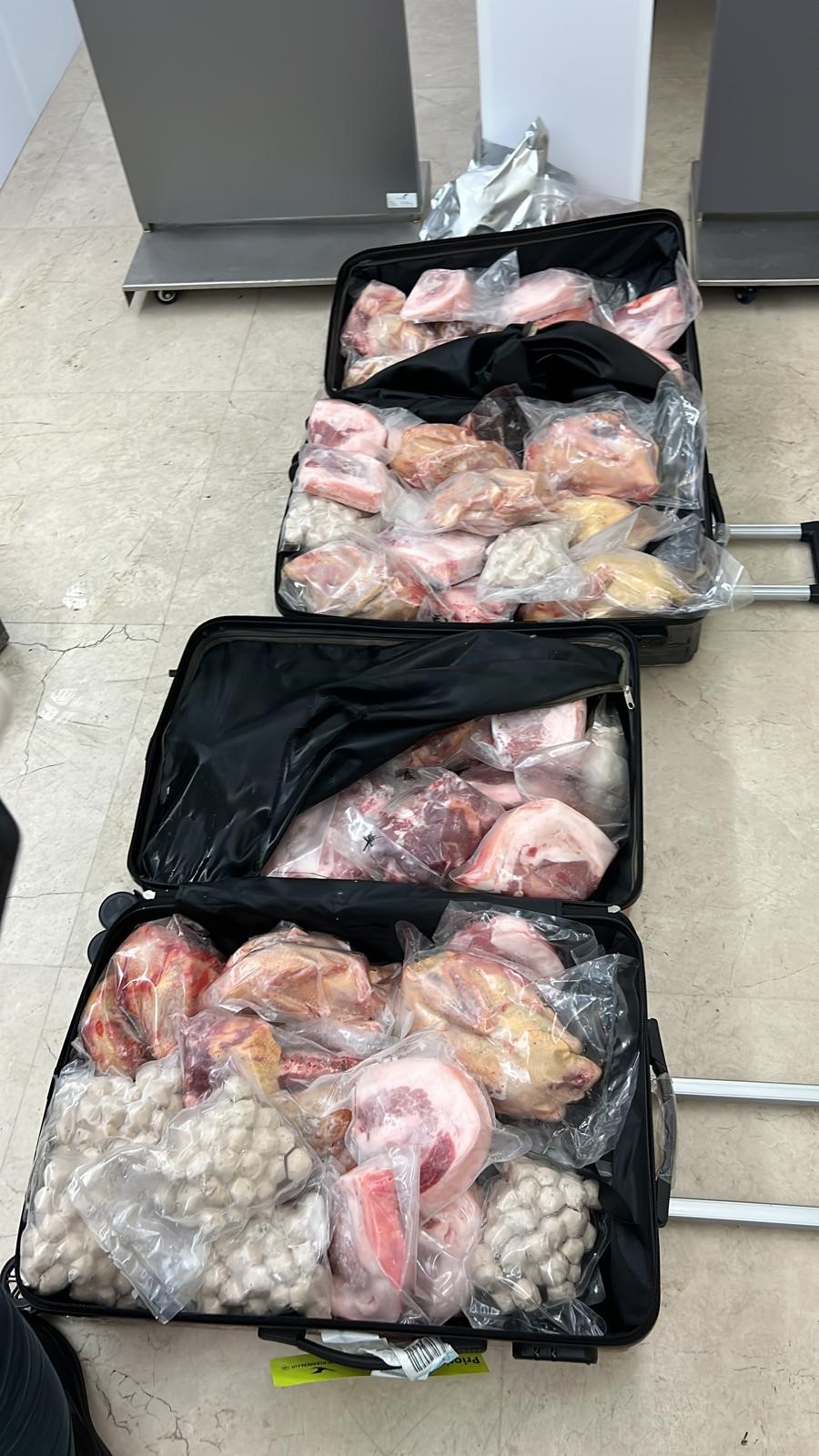 The illegal consignments were seized and destroyed.

In another case, Singaporean Tan Kay Huat, 74, was fined $2,000 on Thursday for illegally importing fresh vegetables for sale.

Officers found that Tan, the licensee and sole proprietor of the company, had illegally imported 55kg of fresh vegetables, including caixin, spring onion and sweet potato leaf, from Malaysia. 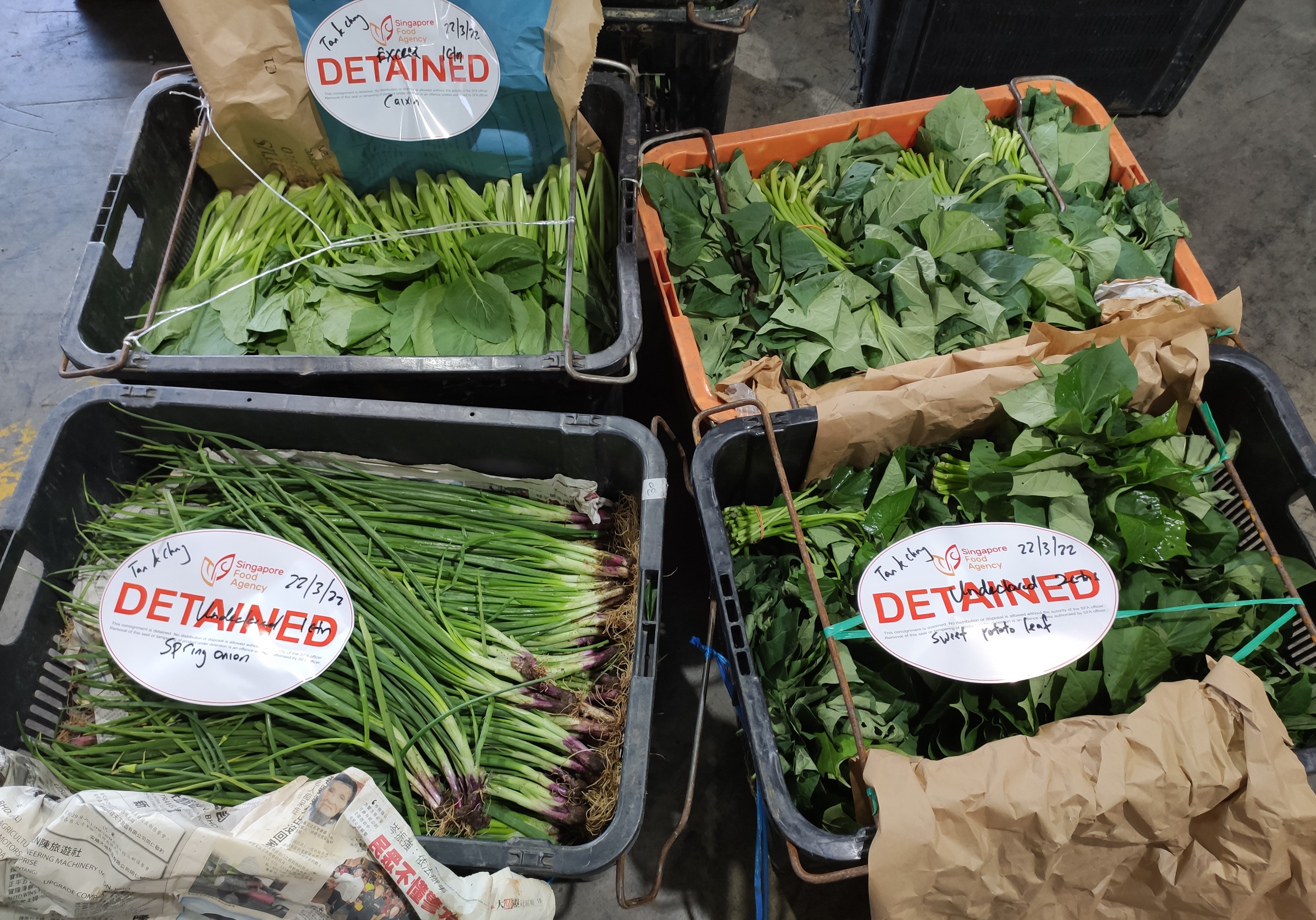 The vegetables that were either undeclared or under-declared were seized.

SFA said food imports must meet its requirements, fruits and vegetables can be imported only by licensed importers, and every consignment must be declared and accompanied by a valid import permit.

It said: "Illegally imported vegetables are of unknown sources and can pose a food safety risk (for example, if unregulated or a high level of pesticides is used).

"The long-term ingestion of excessive pesticide residues through the consumption of vegetables that have been subjected to pesticide abuse could lead to adverse health effects."

SFA added that meat products can be imported only from accredited sources in approved countries that comply with Singapore's food safety standards and requirements.

Offenders who import meat products illegally from unapproved sources can be fined $50,000, jailed for up to two years, or both.

Those convicted of illegally importing fresh fruits and vegetables can be fined up to $10,000, jailed for up to three years, or both.