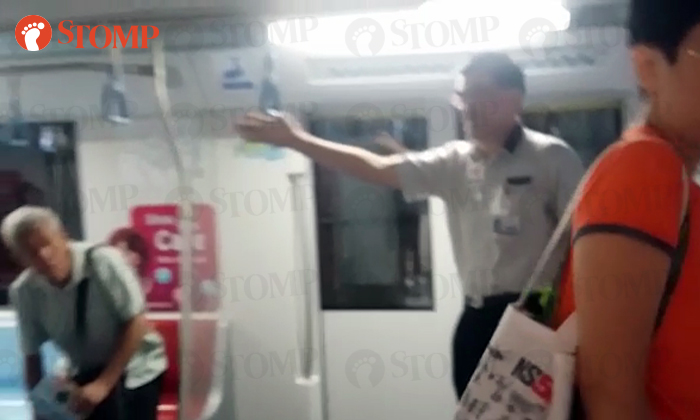 Commuters, including those who attended the Downtown Line 3 (DTL3) open house, experienced delays after a train fault at Hillview MRT Station today (Oct 15) at around 1pm.

Stomper Sergio, who was at Bedok North MRT Station, alerted Stomp to the incident and shared a video that he filmed.

There was no train service between Bukit Panjang and Beauty World stations during the delays that lasted for almost an hour.

According to The Straits Times, trains were put on hold down the line, resulting in some trains on the DTL3 being affected.

Commuters were informed of the fault through announcements on board and told to disembark at Ubi station.

Sergio said: "I heard that the trains dwelled longer along all stations of the Downtown Line.

"The staff onboard the trains handled the situation professionally and although it is indeed frustrating to be stuck in such a situation, the staff lessened the anger."