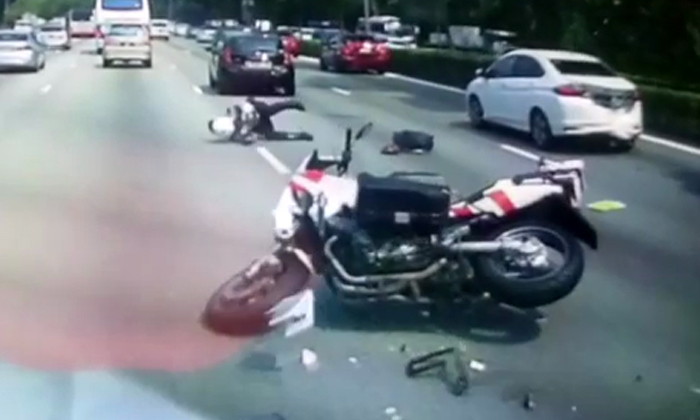 A 27-year-old Traffic Police (TP) officer was involved in an accident on the Pan-Island Expressway (PIE) on May 4 at around 3.40pm.

Several Stompers alerted Stomp to a video of the crash that has been circulating online.

The video shows how the male officer had been riding on the rightmost lane when he was thrown off his motorcycle, though it is unclear how the accident happened.

The TP officer then tried to get up from the road, but did not manage to.

Several people rushed to his aid.

In response to a Stomp query, the police confirmed that an accident involving a TP motorcycle and a car had occurred along the PIE towards Changi Airport on May 4.

Stomp understands the car is the black one that was also on the rightmost lane and in front of the TP motorcycle.

The police officer was conscious when conveyed to Tan Tock Seng Hospital.