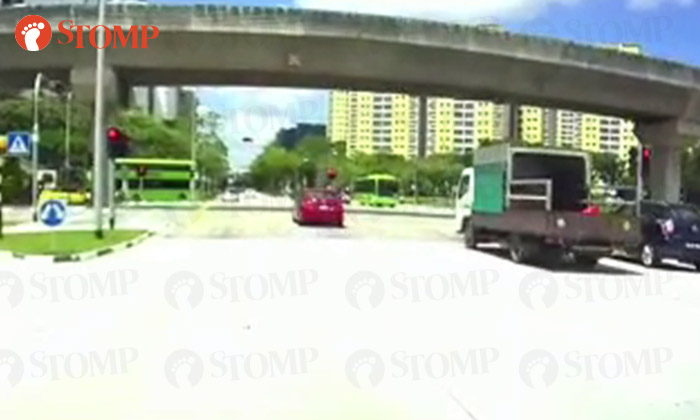 Stomper NA was driving towards Waterway Point at about 12.50pm when he witnessed the driver.

He contributed a video of the incident and said: "I was driving along the middle lane.

"This driver drove by my side, on the rightmost lane.

"There were cars in front that were signalling right and he probably wanted to avoid waiting for those cars, so he cut into my lane."

NA added: "I had to go towards the left lane or else I would've crashed into him.

"The traffic light had already turned red when he cut into my lane.

"The light had been red for about three to four seconds but he still proceeded with going straight ahead.

"This is my first time experiencing such an incident.

"I feel that this is a dangerous way to drive, it's just reckless.

"If there were pedestrians, cyclists or another vehicle coming from the opposite direction, something very bad could've happened."