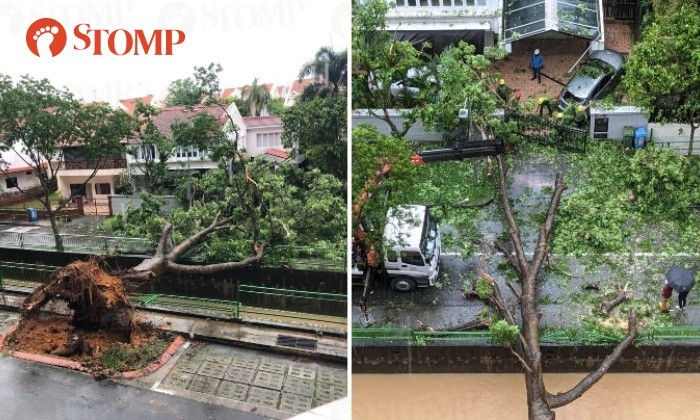 It seems like the New Year did not start on the right foot for a Queen's Road resident whose gate was smashed by a fallen tree on Saturday (Jan 2). 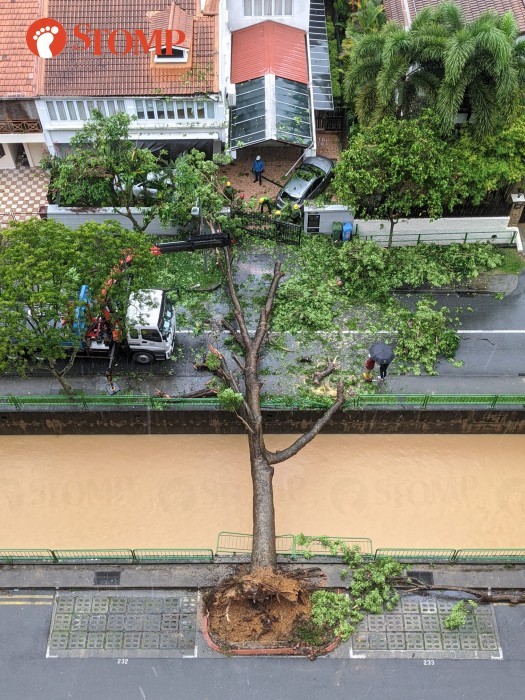 Stomper Ben, who is a resident in the area, said he was shocked to return home to see a fallen tree in the middle of the road.

"I reached home at about 3pm, so I didn't actually see the tree fall. But I heard that the incident happened at about 1pm," Ben said.

"At that point, the police had already cordoned off the area and workers on site were cutting up the tree.

"It's unfortunate that such a large and probably quite old tree fell. You can tell from the photos that the root ball of the tree isn't particularly large and I imagine that years of development and work around the soil has affected its ability to keep a strong root network.

"Thankfully it looks like nobody was hurt, and the house that the tree landed on wasn't damaged significantly (although their gate and one of their cars seemed damaged).

"Also, it was remarkable to see that the police and workers were very quick to respond. They were steadfast, working while it was raining. By the end of the day, everything had been cleared away. They even replaced the safety railings around the canal on the same day!" 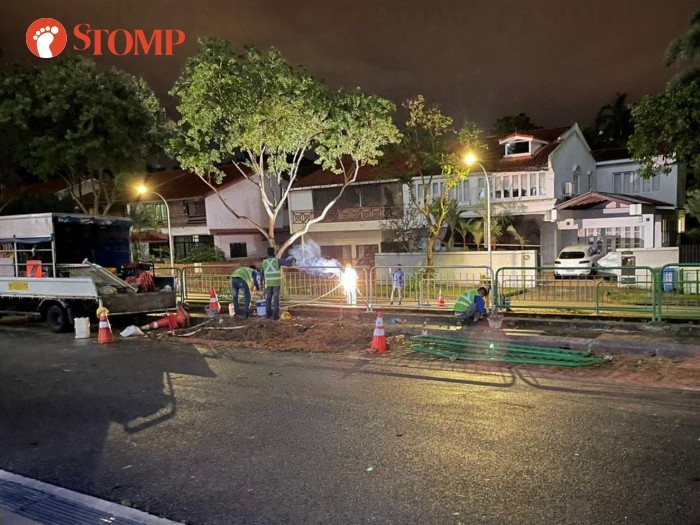 (The workers replacing the railings along the canal later that night at 9.20pm. Photo taken by Stomper Ben.)

Stomper Patrick also managed to snap photos fallen tree and shared that he was glad that no one got injured.

"The tree actually hit the gate of the landed property house nearby. It also crushed the green barriers put up along the canal," said Patrick.

"Kudos to the policemen and workers who were quick to respond and managed to block off the section of the road and divert traffic.

"They're the ones keeping Singapore safe! Salute to them for working in this cold and wet weather." 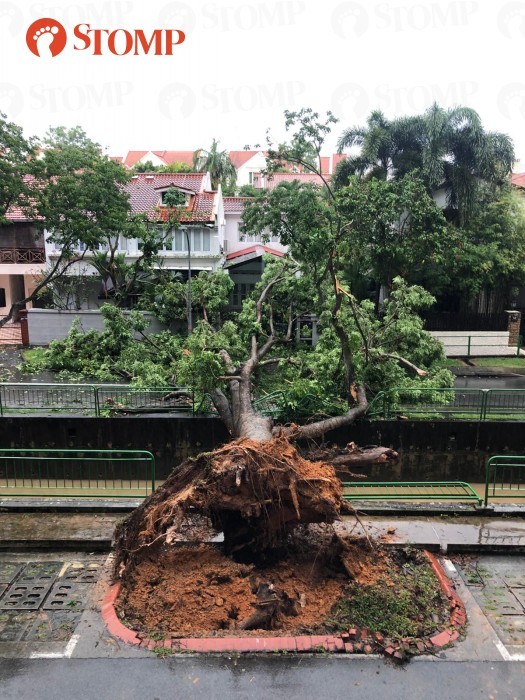 In response to a Stomp query, a spokesman for Holland-Bukit Panjang Town Council said: "We are in touch with the resident to render our assistance and support. We have since activated our insurance company and assessment to this case is under way.

The spokesman added that these trees are inspected by an arborist every six months with major pruning being carried out where necessary.

"In view of the series of thunderstorms, we have immediately inspected similar trees in the surrounding areas," said the spokesman.