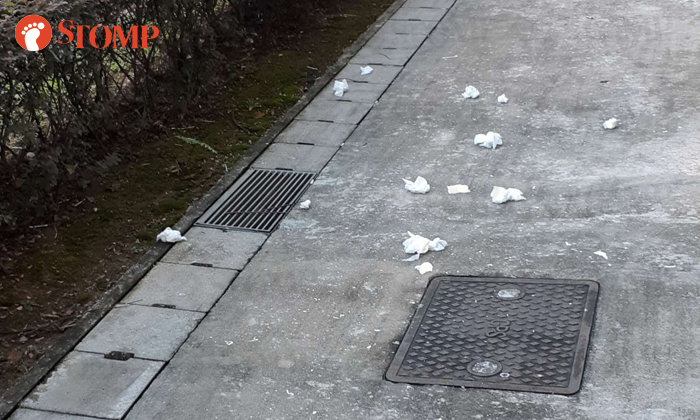 Residents are frustrated by the almost daily sight of litter in the vicinity of Block 786E Woodlands Drive 60.

Stomper Darren said that that litter such as tissue paper, cotton buds and cigarettes butts can be seen at the foot of the block and the void deck area "almost every day".

Darren, who shared photos of the unsightly scene, told Stomp: "This has been happening for many years at the same location.

"I have reported the issue using the OneService app many times but the littering is still not resolved. I was told that staff have been deployed to be on standby but there has been no result so far.

"Perhaps we can have better technology to nab litterbugs rather then getting people to be on standby and monitor."

The Stomper reported seeing the same issue when he went to void deck on Monday (June 1), at around 4.15pm. 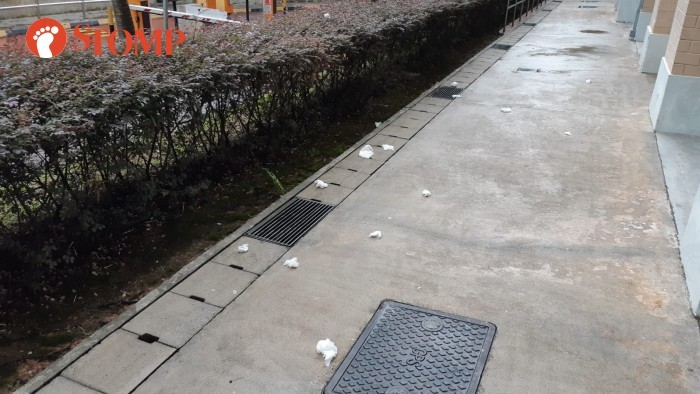 Darren believes that a single household is responsible for the litter.

In response to a Stomp query, Sembawang Town Council said it is aware of the high-rise littering in this area.

It said in a statement: "We have served advisory notices to the residents, and increased the sweeping frequency in that area.

The National Environment Agency (NEA) has also been notified, said the town council, adding: "We will monitor the situation and act accordingly."